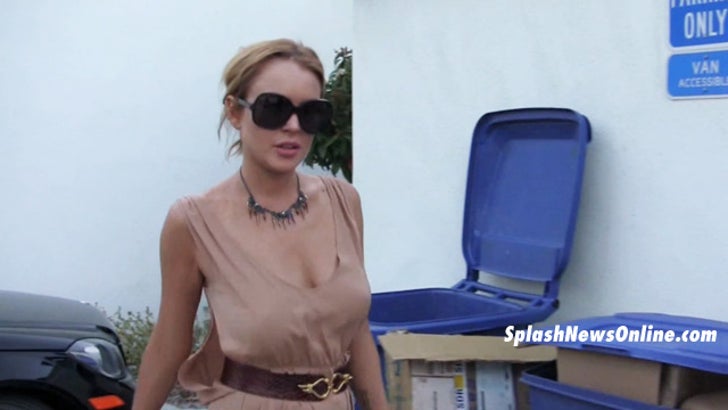 You are getting sleeeeeeeeeeeepy ... because Lindsay Lohan's breasts are HYPNOTIC.

A bra-less Lindsay went into a photo shoot in West Hollywood yesterday -- and the motion of her ocean could have sank the freakin' Titanic. You gotta see the clip.

Supermodel Kate Upton previously held the Bounciest Bosoms in the Universe title -- after undulating her way into our hearts -- but now, it's all back up for debate.