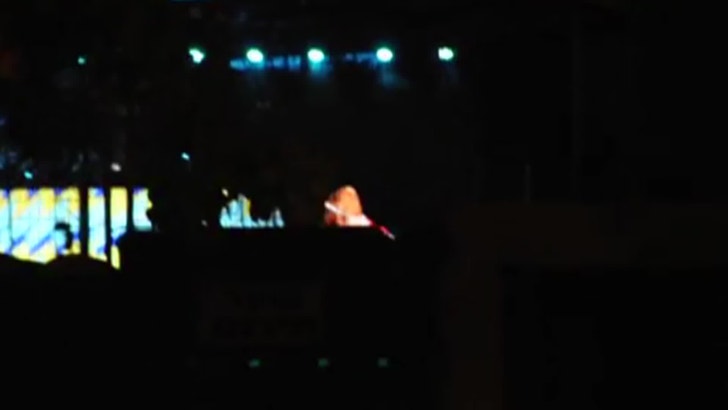 The shoe was on the other foot in Israel Friday -- Madonna performed a cover of Lady Gaga's hit song "Born This Way" ... the same song Madonna called a rip-off of her earlier work ... but it's unlikely this was an homage to L.G.

Madonna was rehearsing for a concert in Tel Aviv -- singing her own song "Express Yourself" -- then seamlessly transitioned into Lady Gaga's "Born This Way."

Madonna famously criticized "Born This Way" when it was released last year, calling the song a "wonderful redo" of "Express Yourself." Madonna then called it "reductive."