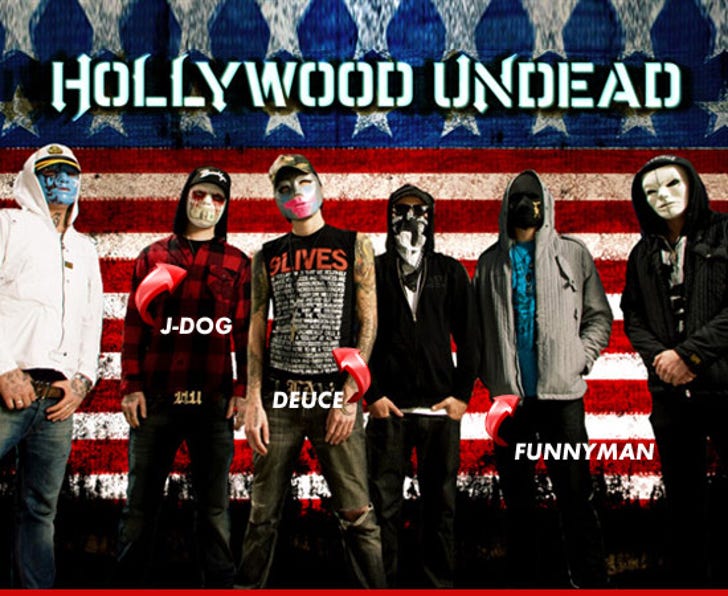 A popular band was none too pleased when the lead singer quit, and they acted out their anger by beating the crap out of him -- according to allegations made in a police report.

Aron "Deuce" Erlichman was the lead singer of Hollywood Undead, a popular rap/rock band. Deuce decided to quit the band a few months ago to launch a solo career. Since then, Deuceclaims he has been a target of the former band member’s anger and threats.

On May 25, Deuce performed at Angels & Kings -- a Hollywood hotspot. After his gig, Deuce left the club and claims his former bandmates were "lying in wait." Deuce claims when they spotted him, they jumped him and went to town -- punching, kicking and stomping on him. Deuce says a friend of his was injured as well while trying to defend him.

Deuce says he was badly hurt and went to cops, alleging former bandmates Dylan
"FunnyMan" Alvarez and Jorel "J-Dog" Decker were the primary culprits. Deuce also told cops the two dudes had someone videotape the attack -- which he believes means the attack was premeditated.

Cops are investigating. So far, no comment from FunnyMan or J-Dog.