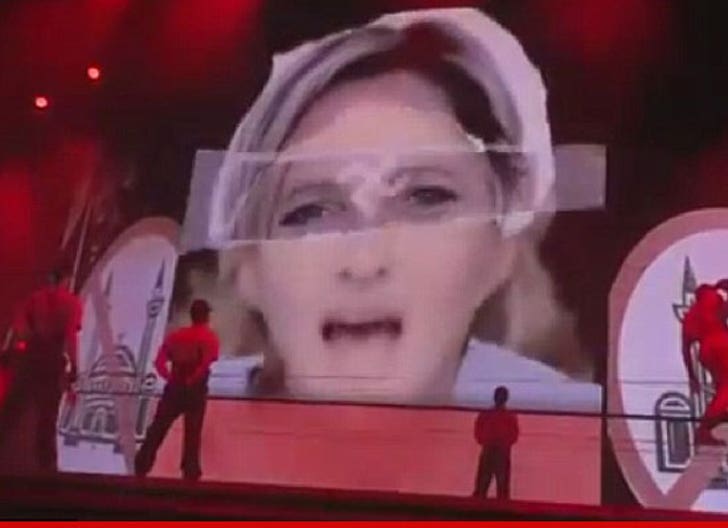 Madonna managed to piss off the French ... all the way from Israel ... when she slapped a swastika on the face of a prominent French leader during a recent concert ... and now a lawsuit looms.

During her show in Tel Aviv last week, the face of National Front leader Marine Le Pen showed up briefly on a video screen with a swastika on her forehead. Le Pen, is now considering legal action over the stunt.

She told the Daily Mail, "We understand how old singers who need to get people talking about them go to such extremes ... If she does that in France, we’ll be waiting."

Le Pen is the head of France's National Front, a political party that leans to the far right and has been accused of racism. Le Pen pledged to reform the party's ways after taking over last year from her father, Jean-Marie Le Pen ... a convicted racist and anti-Semite who is also a Holocaust denier. 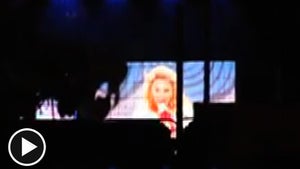 Madonna to Lady Gaga -- I Can Steal Your Songs, Too!