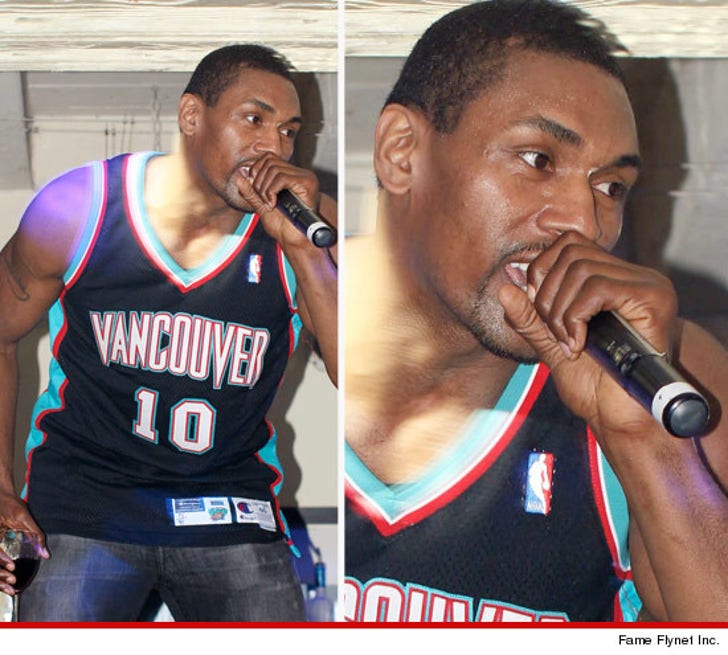 It's either a sign of respect ... or a sign that he wants out of L.A. ... but Los Angeles Lakers star Metta World Peace donned a Vancouver Grizzlies jersey this weekend while rapping in Canada.

A couple of noteworthy points -- first, the Grizzlies left Vancouver in 2001 and moved to Memphis.

Second, the bar where Metta was rapping is located in Vancouver.

Still, an interesting move, considering Metta is in the middle of a 5-year $33 million contract he signed with the Lakers back in 2009 ... and when a team's paying you $33 MILLION ... you don't put on another team's uniform.