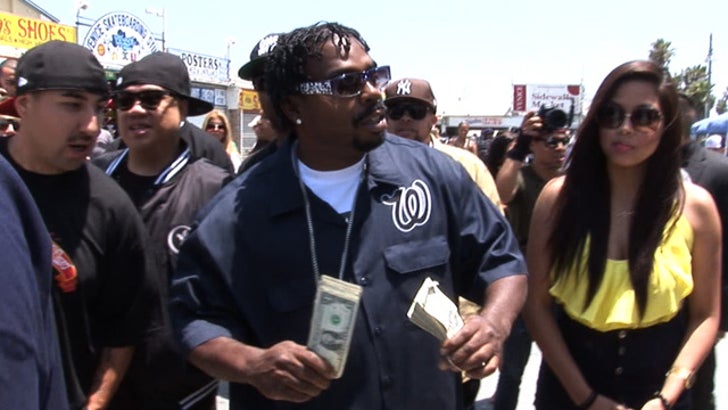 Rap legend Daz Dillinger is taking the phrase "making it rain" out of the strip club ... and into the streets -- showering HOMELESS PEOPLE with airborne singles last week ... instead of scantily-clad women ... and TMZ has footage of the money mayhem.

The video was shot for a charity called MakeItRain.TV -- founded by radio host Tattoo from 93.5 KDAY -- and last Friday, Daz, Tattoo and their entourage hit Venice Beach ... where they unloaded $6,000 in singles on the boardwalk.

The cash stunt attracted hordes of money-hungry people, scrambling to pick up as much green as possible. Shockingly, no one was hurt. 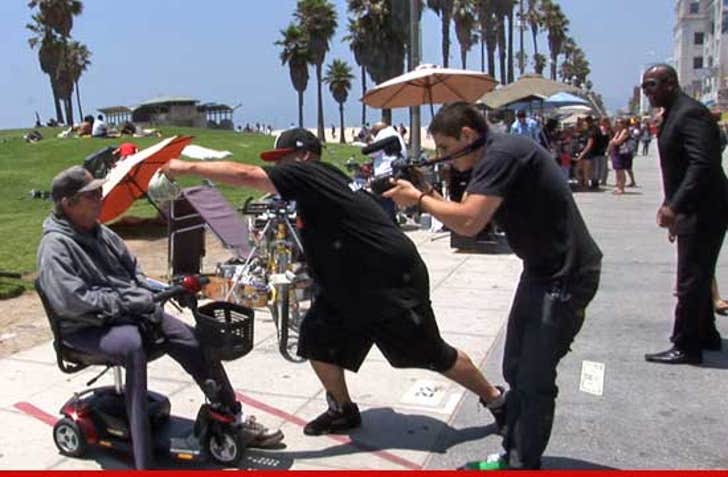 In the video, Tattoo (the guy in the cap) approaches several homeless people and buries them in cash. His intentions are clearly good, but it's a little uncomfortable to watch -- because the act of throwing money at people could be construed as humiliating.