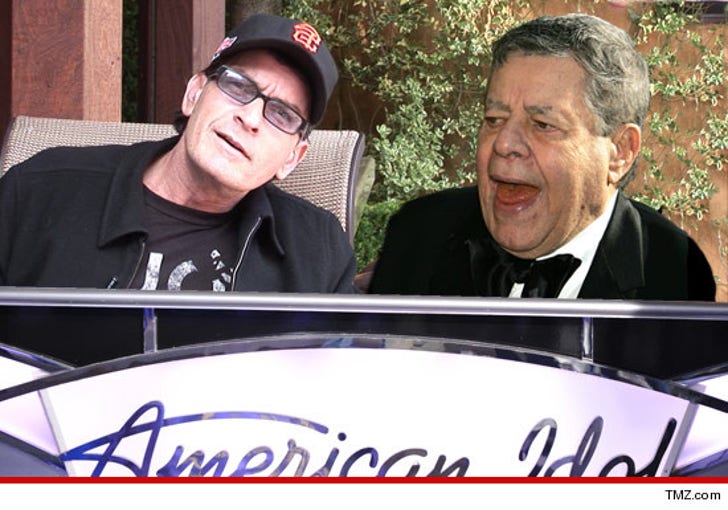 "American Idol" producers are sending feelers out every which way as a "very preliminary" step in deciding what the make-up of the show will be for Season 12 ... sources tell TMZ ... but Nigel Lythgoe has laid it on the line -- he wants CHARLIE SHEEN and JERRY LEWIS on the judge's panel.

There have been numerous reports that Adam Lambert, Katy Perry, Fergie, Miley Cyrus and others are being courted, but we've learned Fremantle -- the company that produces "Idol" has a new head -- and nothing has been decided.

We're told producers believe they still have a chance of re-signing Jennifer Lopez -- whom they want badly. Our sources say the process of deciding who will be on the show is like a giant jigsaw puzzle. If Lopez goes away, then certain replacements would make sense and others would not. If Steven Tyler or Randy Jackson say bye bye, then a different set of replacements would make sense.

We're told feelers are being sent out wide, so producers have options depending on which judges return. But they are "far" from making any decisions.

Fact is ... even Nigel Lythgoe and Ken Warwick haven't been picked up for Season 12. But Nigel tells TMZ ... if he does come back he'll push for Charlie Sheen and Jerry Lewis.

We think he's kidding ... but then again, it could be awesome. 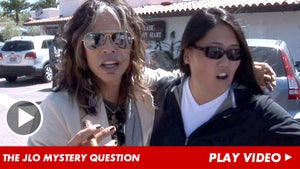 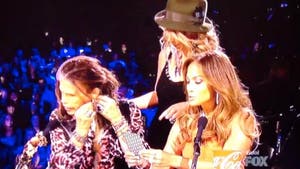 'American Idol' -- Feather in the Ear Means Money in the Bank