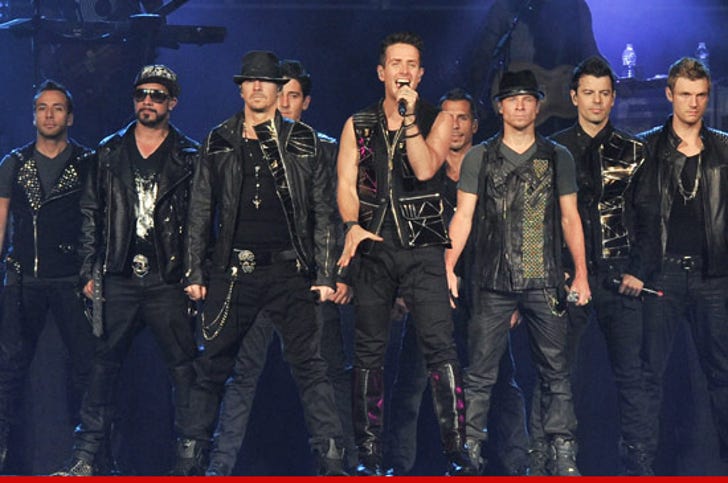 You're not the only one who thought last year's Backstreet Boys/New Kids on the Block tour was painful -- a stagehand claims he was nearly killed before a concert ... after falling through a hole ... and now, he's suing the bands.

William Wesley Styron filed the lawsuit in Tennessee, claiming he was hired to set up for the boy bands' show at Fedex Forum in Memphis on June 20th, 2011.

According to the lawsuit, Styron was going about his duties when he accidentally stepped into a hole in the stage ... and plummeted 13 feet to the ground ... fracturing his skull and causing "traumatic brain injury."

Styron claims he suffered a "loss of consciousness, seizures, and convulsions" during the accident before someone called 911 -- and he was rushed to the hospital.

According to the suit, it all could have been avoided -- but there was nothing in place to warn Styron about the stage's hazardous conditions ... no signs ... no cones ... nothing.

Styron says the accident cost him tons in medical bills -- and now he wants at least $5 MILLION.

NKOTBSB has already denied the allegations -- claiming the accident was Styron's fault for not looking where he was going. 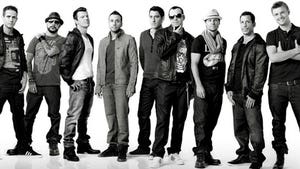 NKOTB vs. BSB: Who'd You Rather?

NKOTB: When I Say Waffle, You Say House! 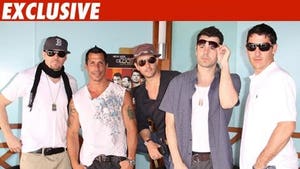 New Kids on the Block Sue Over the Rights Stuff