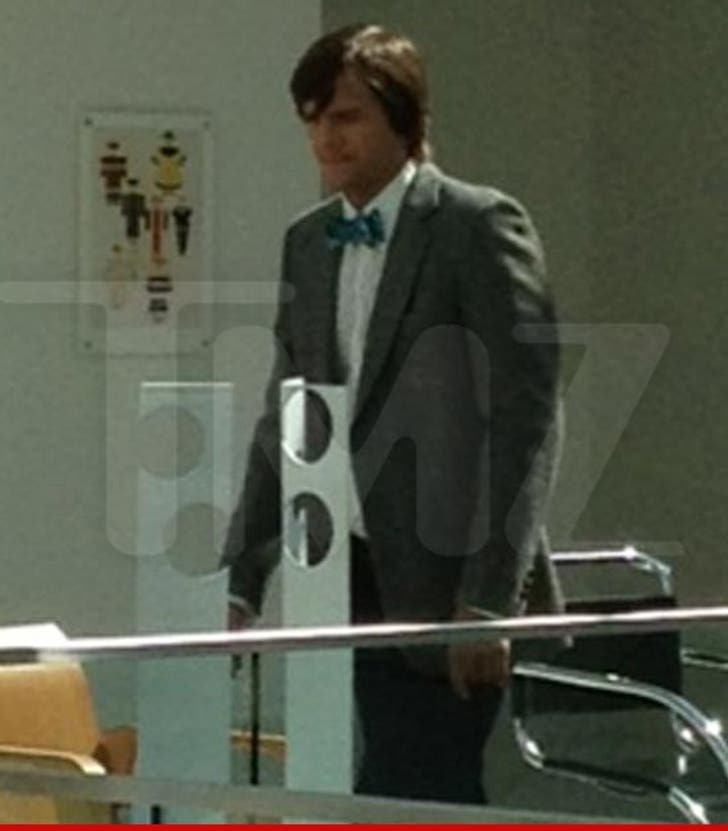 Check it out ... Ashton Kutcher channeling Steve Jobs today while shooting a scene for his upcoming biopic at Loyola Marymount University in L.A.

The movie -- titled jOBS -- will reportedly cover the Apple co-founder's life from 1971 to 2000 ... chronicling how he built Apple into the powerhouse it is today.

Just last month, principal photography on the film began at Steve's family home in Los Altos, California ... where Jobs and Steve Wozniak started the company out of the garage.

So far, it's unclear why producers decided to shoot at LMU. 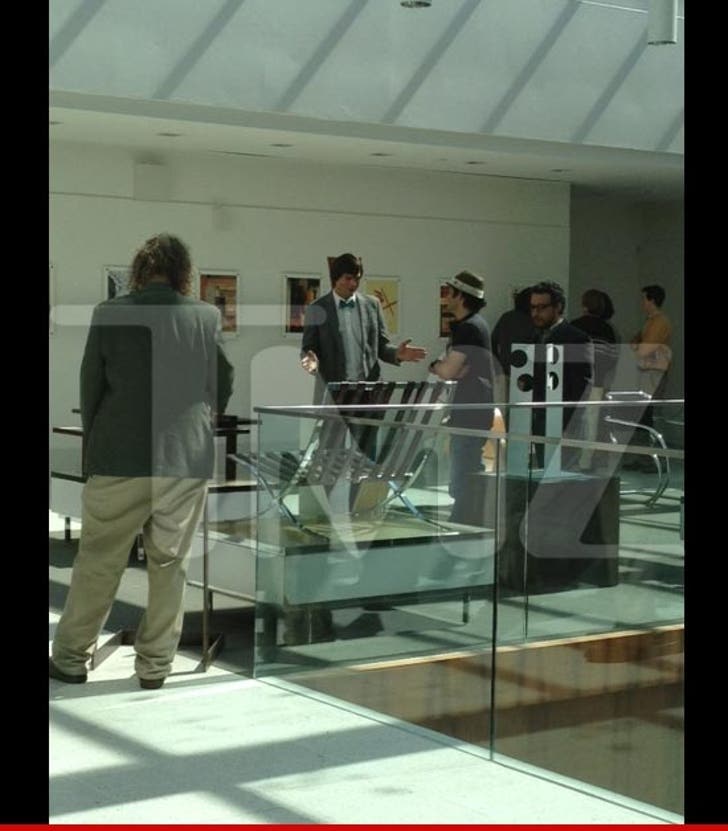