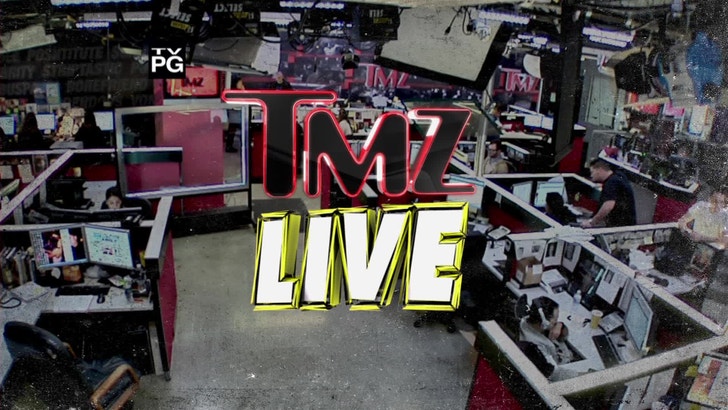 James Holmes' bizarre court appearance has everyone wondering -- is the Colorado movie shooter setting up an insanity defense? From what we've uncovered about his life in the weeks leading up to the massacre ... Holmes will have a hard time selling that BS to a jury.

Plus, Penn State's crushing punishment for the Sandusky child rape scandal -- too harsh, or too lenient? Former PSU football star Matt Hahn played for Joe Paterno ... and joined us to explain why some people are still defending the disgraced coach.

Also, Mariah Carey is your next "American Idol" judge, and we'll tell you why this could be an awesome train wreck to observe.

(0:00) We finally got our first look at "The Dark Knight Rises" killer James Holmes -- and his demeanor in court was nothing short of bizarre. The big question ... was he sedated or just putting on an act?
(3:00) We found evidence that Holmes believed he would survive the movie shooting -- on his online dating profiles.
(5:00) Unbelievable -- a woman on Match.com was told Holmes would be her perfect match ... just hours after he shot up the movie theater.
(7:10) The question that's always raised during these tragedies -- is reporting the story just what the killer wants? Harvey explains why it can't, and shouldn't, be avoided.
(10:00) This just in -- James Holmes' crazy mug shot.
(12:10) We put up nine fascinating polls on the website this weekend -- Harvey goes through the results ... including two that he feels are a major contradiction.
(16:20) Will James plead insanity?
(18:30) Penn State was finally punished for the Jerry Sandusky scandal -- were the sanctions too harsh ... or far lax?
(19:45) Matt Hahn -- former PSU player and Rachel Uchitel's baby daddy -- calls in to talk about the PSU scandal from an insider's point of view.
(24:10) The Jackson family is going off the rails -- after members of the family thought Katherine was missing. And ... how Michael's siblings are trying to change MJ's will after he left them virtually nothing.
(31:10) Mariah Carey will be the next judge on "American Idol" -- and a debate rages about wether she's relevant to the "Idol" demographic. Plus, Harvey found out Mariah was a "nightmare" when she mentored during season 7.
(34:00) "The Bachelorette" ... one of the most ridiculous shows on television, and we'll show you why.
(36:30) Fred Willard won't be prosecuted for lewd acts at a porno movie theater ... just like we said.
(39:00) A Minka Kelly sex tape is being shopped around -- Mike has all the details ... including a crazy connection to Kim Kardashian's tape.
(40:20) We take your calls!