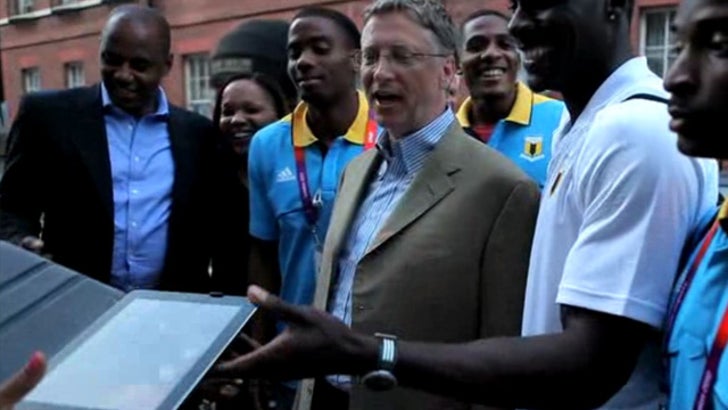 Microsoft founder Bill Gates came face-to-face with his worst nightmare -- the almighty iPad -- and he was totally cool with it!

TMZ obtained the video of every computer geek's fantasy going down down Thursday in London ... where Bill and his wife Melinda are attending the Olympics.

Bill had graciously agreed to pose for a photo with a group of tourists when someone did the unspeakable -- whipping out an iPad to take the shot!! Almost immediately, a woman screeches ... "You can't use an iPad!!"

You gotta see Bill's reaction though ... super-cool at the site of the device that must haunt his, and every other Microsoft exec's dreams.