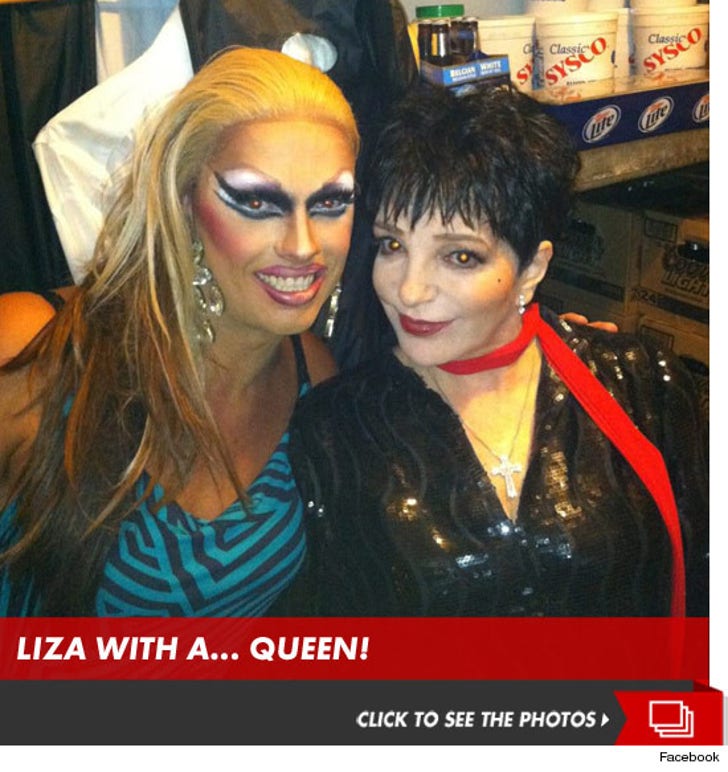 After two sold out concerts on Fire Island in NY last weekend, Liza Minnelli totally wigged out ... at a drag queen competition!!!

When not taking photos with fans and female impersonators like Logan Hardcore, Ariel Sinclair, Gusty Winds and Bianca Del Rio, we're told Liza hit up the Rainbow Dreams boutique -- sans makeup -- and spent some serious coin on sequin hats, boas and even a pack of smokes.

Liza proves that just because you are a diva, doesn't mean you gotta act like one. 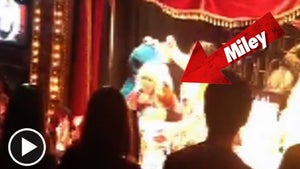