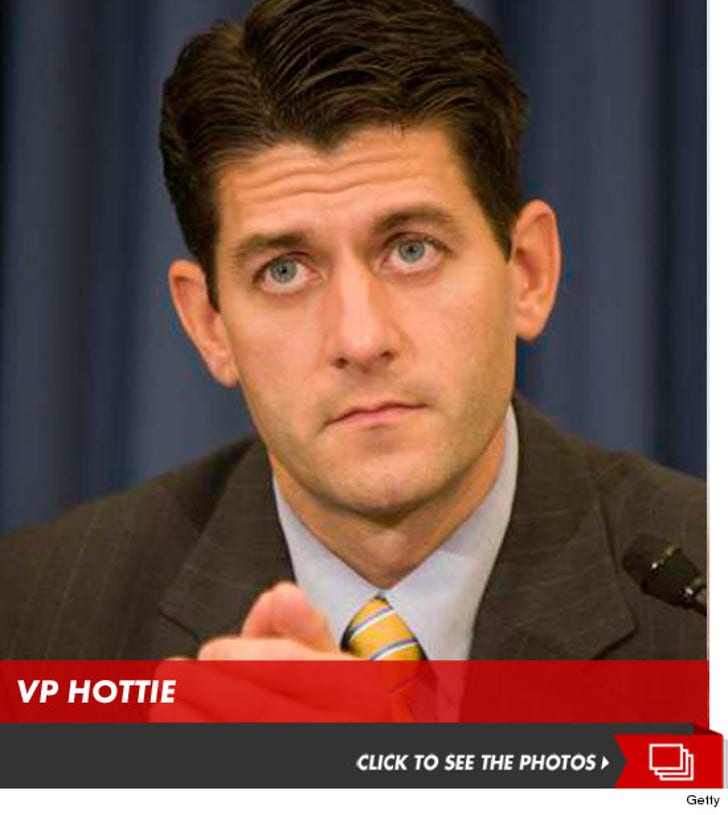 Rep. Paul Ryan may be the hottest Vice Presidential candidate ever ... but we're not talking policy.

House sources tell TMZ ... Ryan works out at the House gym every morning at 6:00 AM and his routine is "fierce." We're told he's kinda on the skinny side but "totally ripped and has a six pack."

He's also modest because there are no pictures where he shows it off.

Fun Fact: Ryan was also named to The Hill's 50 Most Beautiful list back in 2008.