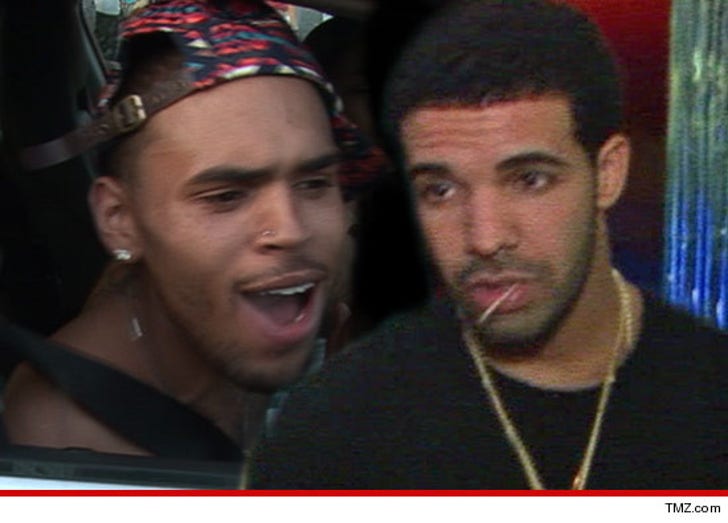 Chris Brown and Drake are now a team -- both are defendants in a lawsuit just filed by people connected to the nightclub which was the site of the June 14th, bottle throwing, bloody brawl.

Entertainment Enterprises Ltd., which has a financial stake in the NYC venue where the brawl went down, claims in the suit that both stars "shared a grudge against the other arising out of their romantic relationships with the same woman." In case you were vacationing under a rock ... it's Rihanna.

EEL claims in the suit -- obtained by the New York Post -- when Drake and Brown crossed paths, they "began to fight violently with each other."

The suit goes on ... "Each arrived with his own small army of bodyguards, 'security' personnel, employees, friends and other members of their entourage consisting of at least 15 heavily built men trained and/or experienced in hand-to-hand and weapons combat."

The lawsuit says both Drake and Chris each ordered their goons to take care of business. 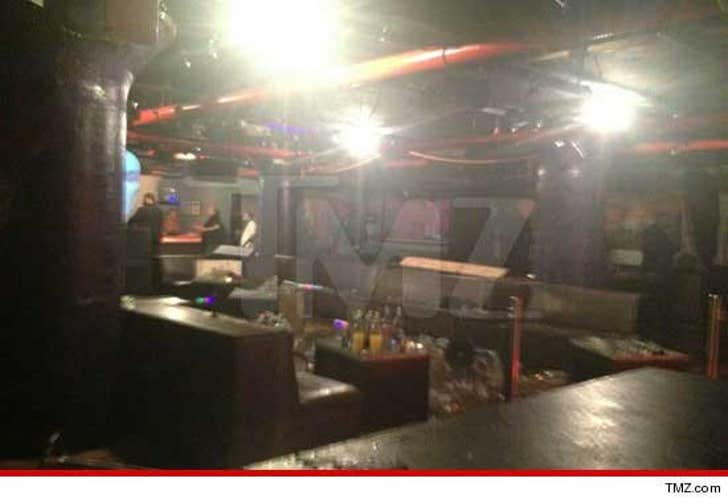 The suit also credits the crews of both Drake and Chris with ingenuity, claiming they "fashioned deadly weapons out of whatever materials they could find, including glasses, alcohol bottles and furniture."

The suit asks for $16 million in damages.

12:25 PM PT -- Sources involved in the situation tell us ... neither Chris nor Drake laid a hand on each other during the brawl. 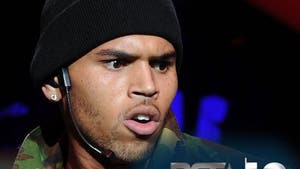 Chris Brown -- Guess Who's Coming to the BET Awards After Party?