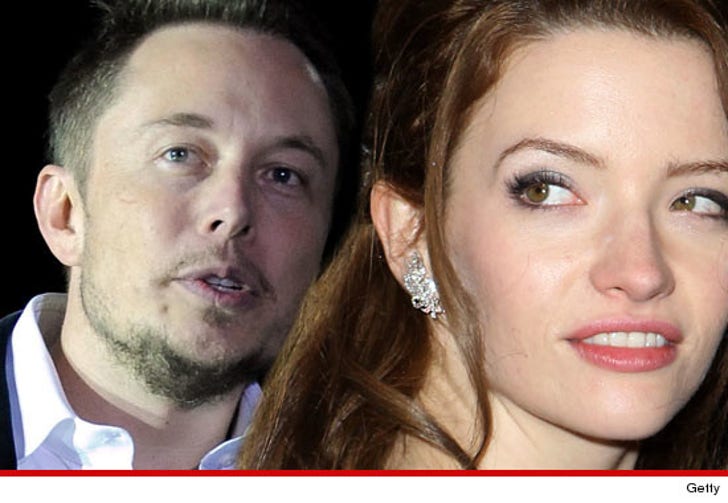 The woman who's divorcing PayPal founder Elon Musk is getting $4.2 million in their divorce ... which is great ... until you remember he's reportedly worth $680 MILLION.
TMZ has obtained the divorce docs filed in L.A. County Superior Court, in which actress Talulah Riley agreed to a settlement with her soon-to-be ex-husband ... whom she married in Sept. 2010 ... and then separated from in July 2011.

According to the docs, Riley gets to keep her Cartier watch, her Gucci watch, some diamond jewelry and her Tesla Roadster.

Now, the fun begins ... because Talulah gets $700k on the 1-year anniversary of the signing of the judgement ... followed by a $280k annual payment for years 2 through 8. On the 9th anniversary, she gets a final payment of $140k.

According to the documents, the divorce will become official on September 27.

No word on how Elon plans to make the payments ... we're guessing it won't be through PayPal.