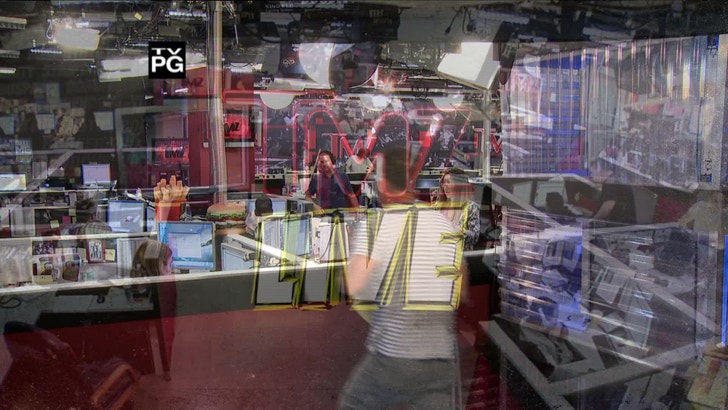 So, Prince Harry gets naked in Las Vegas, and Buckingham Palace gets its knickers in a bunch -- flat out threatening the British media if they publish the pics. What's the big deal ... and does the royals have any legal recourse? Shockingly, the answer is YES.
Plus, Lance Armstrong stunned everyone by giving up his fight against doping accusations. So, what do you think -- did he really cheat? Olympic cyclist David Brinton ... who's competed against Lance, tells us why he thinks Lance finally backed down.
And was NBC's special on Mormons meant to be educational or a thinly veiled slam job on Mitt Romney? Cynical Harv smells a rat.

(0:00) Prince Harry's naked pics were banned from being shown in the UK -- after the Royals threatened any news outlet from printing them. One one paper, The Sun, had the balls to do it.
(3:30) Dr. Bill Silcock from the Walter Conkite School of Journalism calls in to discuss the negative side of having the Royals control the media.
(10:00) Katie Holmes is getting peanuts from Tom Cruise in their divorce -- which may prove how badly she wanted out of the relationship.
(13:15) Bear with us here -- but Harvey thinks Hurricane Isaac is a GOOD thing for the Republican National Convention. Just hear him out.
(14:45) Two "Game of Thrones" stars are hooking up in real life -- and one caller has a interesting theory about how they may be planning to steal the show.
(18:00) Lance Armstrong gives up his fight against doping allegations -- does that mean he's admitting to it? We talk to Olympic cyclist David Brinton -- who thinks the Armstrong case is nothing short of a witch hunt.
(23:01) Randy Travis is in trouble yet again -- this time for allegedly getting into a fight outside of a church.
(27:10) "Rock Center" spends an hour talking about negative side of Mitt Romney's religion -- Mormonism. Could it be considered an attack on him?
(33:02) Vanessa Paradis shows of her amazing body -- and becomes another in a long line of Hollywood exes to put her assets on display after a breakup.
(36:10) Tony Scott's suicide note didn't say why he decided to jump off that bridge -- so we talk to a seasoned homicide detective to see if it's commonplace in suicide notes.
(38:00) CNN finally caved in -- by picking up a new reality show.
(42:00) We take your calls!