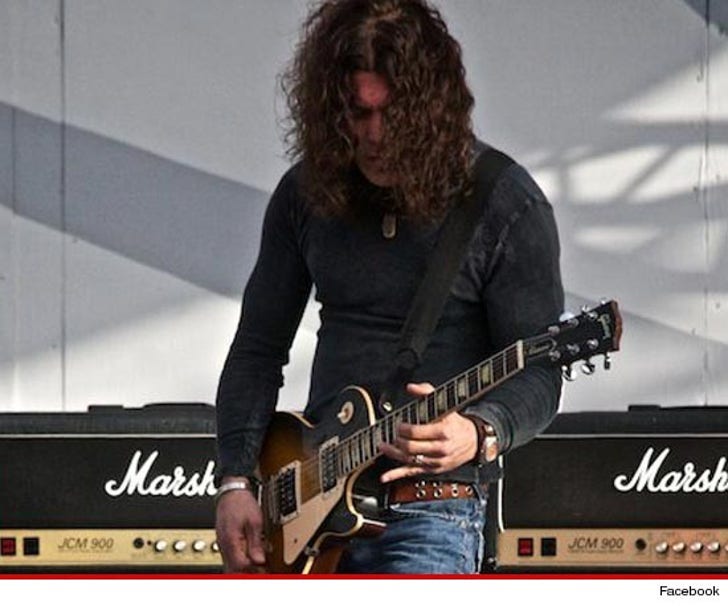 Mark Abrahamian, a guitarist for the band Starship, passed away following a concert last night in Nebraska ... TMZ has learned.

The band tweeted, "We are shocked and saddened at the sudden loss of our guitar player Mark Abrahamian. We will miss you, brother. Rest in peace, Mark."

They added via Facebook, "Mark was a kind, thoughtful and innovative soul. He was also a friend and family member. Mark also happened to be one hell of a guitar player. We are devastated by the loss of our brother and just dealing with it the best we can."

Abrahamian has been on tour with Starship starring Mickey Thomas since 2000. He has also played with the likes of Survivor, Toto, Loverboy and ACDC.

The band was scheduled to play a concert tonight in Utah, but canceled the show.