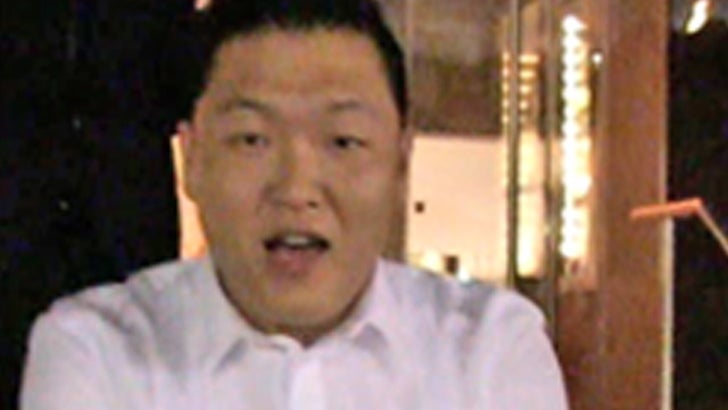 Psy -- the South Korean Internet sensation behind that INCREDIBLE song "Gangnam Style" -- has touched down in L.A. ... and he did the horse dance for TMZ ... RIGHT ON THE STREET!!!

In case you live under a rock ... that doesn't have an Internet connection ... the LMFAO-esque music video for "Gangnam Style" became a smash hit on YouTube -- racking up more than 110 MILLION views since it premiered in July. He recently signed a deal with Scooter Braun -- Justin Bieber's manager.

And last night, Psy -- whose English is pretty damn good -- rolled over to Katsuya in Hollywood ... where he gave our photog an impromptu lesson on how to execute his signature dance move.

And for those non-Korean speakers out there ... Psy finally tells us what he's actually singing about! 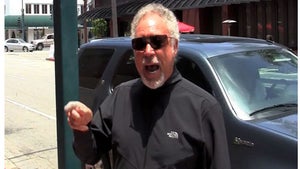 Tom Jones -- It's Not Unusual to Sing in the Street