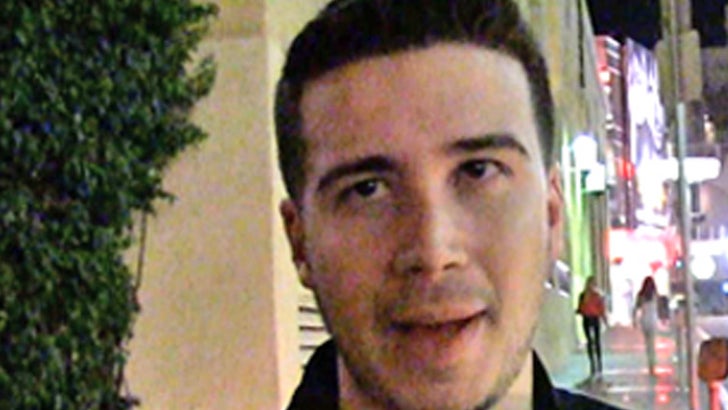 Vinny from "Jersey Shore" believes some of his co-stars are destined for failure after the show wraps up later this year ... telling TMZ only the ones with a BRAIN will succeed in TV.

Vinny was hangin' in L.A. last night when we asked how he felt about MTV getting rid of "Shore" after its 6th season.

But when we asked if the "Jersey" cast will have better success in their own spin-off shows, Vinny replied, "I don't know about ALL of us ... but I think whoever has imagination and talent will make it."

Still, Vinny told us the show could be a major launching pad for one of his co-stars ... noting Adam Sandler started on MTV ("Remote Control" anyone?) ... "and then he became a big movie star."

As for Vinny's next project, the reality star wouldn't tell us what's next on his plate ... but insists, "Good things."