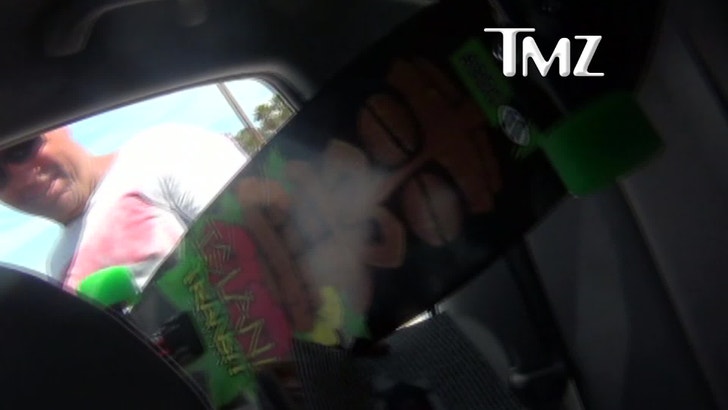 So there they were ... a couple from San Diego driving along a California road ... when they pick up a hitchhiker -- naturally -- who turns out to be one of the GREATEST LIVING SKATEBOARD LEGENDS EVER!!!

It's a crazy video -- the couple tells us, they routinely pick up hitchhikers and film them (call it a hobby), but this week ... they hit the hitchhiker jackpot, picking up none other than skater legend Jay Adams, who you should recognize from the 2001 skater documentary "Dogtown and Z-Boys." Adams was also portrayed by actor Emile Hersch in the movie "Lords of Dogtown."

In case you don't know, Adams is a living legend, credited with shaping modern skateboarding back in the 1970s along with his Z-boy friends Tony Alva, Stacy Peralta, and more. He's like the Mick Jagger of skateboarding ... and these guys picked him up in their car!!!

The couple says Adams was just looking for a lift to the next exit, so they happily drove him. In return, Adams showed them his trademark zipper-head tattoo.