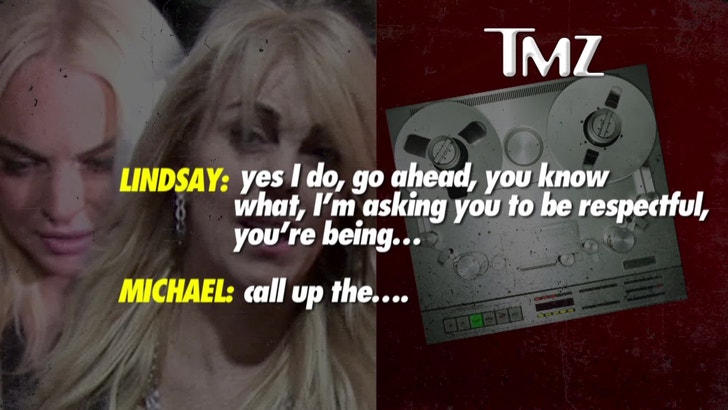 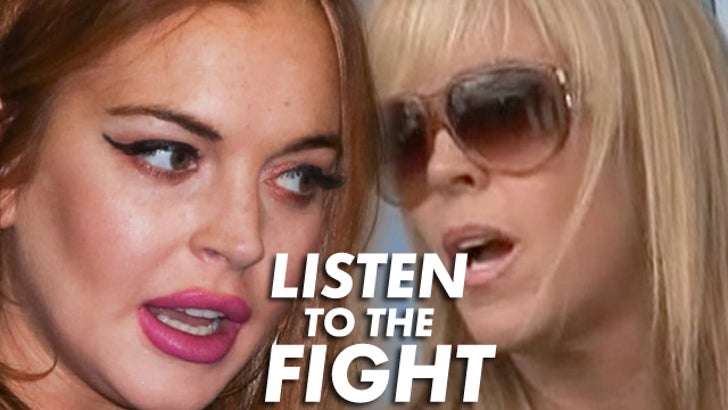 Lindsay Lohan made a hysterical plea for help to her father, as she claimed she was being kidnapped by Dina Lohan, screaming, "Dad, she's on cocaine. She's like touching her neck, and s**t" ... and TMZ has obtained audio of the conversation.

We broke the story ... Lindsay and Dina got into a ballistic argument after leaving a NYC club at 4 AM. The two were in a limo which was going to Dina's Long Island house.

During Lindsay's conversation, Lindsay tells her dad the fight ignited over money. Lindsay says she gave her mom $40,000 because Dina claimed she needed it to save her home from foreclosure. Nonetheless, Lindsay wanted her money back, and that's when fireworks erupted.

Lindsay told her dad, "She's saying disgusting things to me ... I'm dead to her now."

Lindsay says her mom is calling her "nuts."

During the conversation, you hear Lindsay tell her dad, "This is what you do. You ruin people," and then turns her anger back toward Dina ... adding, "She's like the f**king devil right now."

Lindsay goes on, telling her dad, "I have a gash on my leg from what happened."

We left messages for Dina. So far, no response. 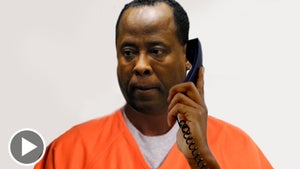 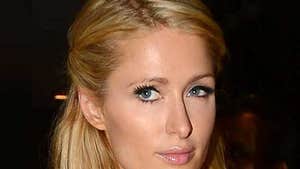 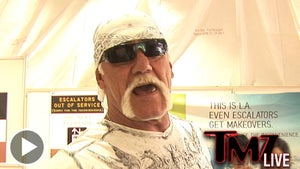