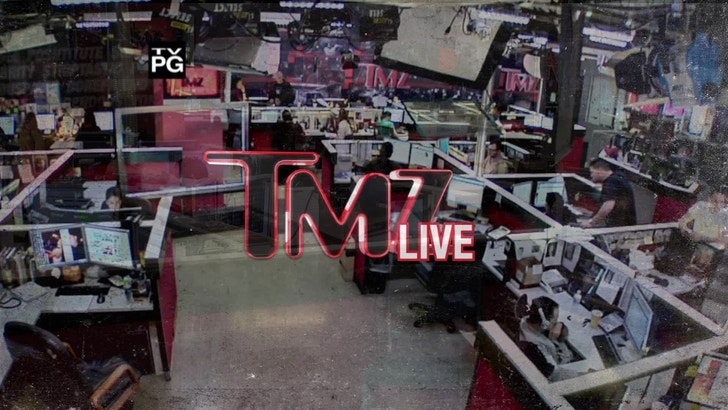 Lindsay Lohan and Dina Lohan's night of partying ended with a fight, police, allegations of cocaine use ... and a frantic phone call to Daddy dearest, Michael Lohan. Now, we break down the tape of that call, and play the part you haven't heard yet -- LiLo ripping into her father!
Plus, Britney Spears' ex manager, Sam Lutfi, wants to drag her into the middle of his lawsuit against Brit's parents. Too bad, Sam ... it ain't gonna happen, and we'll explain why.
Also ... the Washington Monument turns 124 today -- and every birthday deserves birthday candles, right? Wait till you see the ones we lined up for this special occasion.

(0:00) One of the craziest Lindsay Lohan stories to date -- she got into a nasty fight with her mom during a limo ride in NYC. We have an audio recording of her frantic call to her father during the ordeal ... in which she accuses her mom Dina of using cocaine and attacking her. Lindsay also admits she lent her mom $40k ... and rips Michael Lohan for being a horrible father. You gotta hear it.
(10:00) Justin Bieber is the latest victim of "Swatting" -- a stupid, costly prank in which someone calls 911 and reports a fake crime going down at a your house.
(13:30) Stevie Nicks says she would've strangled and killed Nicki Minaj for her "Idol" blowup ... then quickly apologizes for the comment.
(18:00) Breaking news -- Justin Bieber had his laptop stolen during a concert last night -- but there's something REALLY fishy about this story.
(19:50) Britney Spears' nemesis Sam Lutfi is suing her ... and the case is about to go to trial. This could get real nasty ... because he wants her on the stand.
(24:00) Jennifer Lopez and Casper Smart are still going strong. Harvey is changing his tune about their relationship ... he things they could make it after all.
(28:10) Dr. Conrad Murray says jail is bad for his health ... and we have audio of him bitching and whining about it.
(30:00) Controversy over the VP debate -- President Obama has a history with the moderator ... but it looks like everyone is blowing this way out of proportion.
(32:45) The son of a "Real Housewives of Miami" star has been arrested for punching a hobo in the balls.
(36:00) The Washington Monument turns 124 years old -- and one of our employees who used to live D.C. never realized people used to take phallic photos with it! And this is hilarious ... we had to blur out the dirty photos!
(39:00) We take your calls!