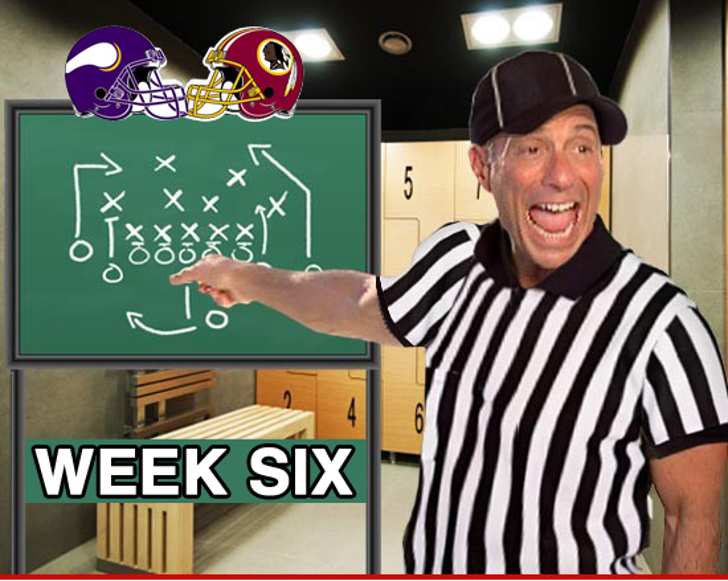 Question: Who ya got?
Harv: "I'm pretty certain I'm going with the Vikings ... I have a problem with the whole Heisman Trophy thing. I think it's bad luck."

Question: Why?
Harv: "Ever since OJ, it's kinda bothered me ... and then the whole Reggie Bush thing ... and Matt Leinart, it rubs me the wrong way -- not that RGIII isn't a nice guy."

Question: How do you feel about Robert Griffin III?
Harvey: I like him ... and if I were doing 'Star Wars' I would name a robot after him."

Question: Better mascot -- Vikings or Redskins?
Harvey: Having just recently performed 'My Way' at the Pechanga Resort and Casino, I would have to say the Vikings have the less offensive mascot.