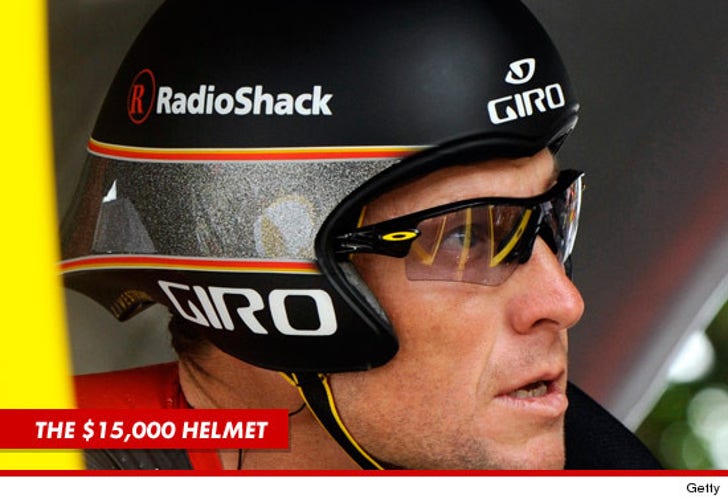 The bike helmet company that crafted Lance Armstrong's $15,000 helmet for the 2010 Tour de France -- and launched a full line of Lance Armstrong helmets -- has DROPPED the disgraced cyclist in the wake of the doping scandal, TMZ has learned.

A rep for Giro Helmets tells TMZ, "We will not be continuing our sponsorship of Lance Armstrong moving forward. We continue to support the cancer community through our association with LIVESTRONG."

Giro's not the first company to boot Armstrong -- Nike announced it would no longer be sponsoring him either, claiming Armstrong "misled" the company for more than a decade.

FYI -- the U.S. Anti-Doping Agency released a report last week, detailing Armstrong's direct involvement in what it called "the most sophisticated, professionalized and successful doping program that sport has ever seen."

Armstrong -- who's been banned from pro cycling for life -- still denies the doping allegations.