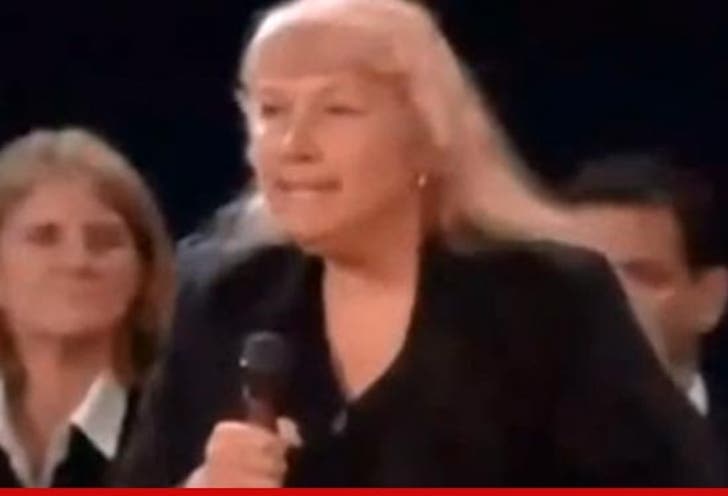 The woman who claimed she was torn between voting for Barack Obama or Mitt Romney last night during the Presidential debate tells TMZ, she's STILL undecided -- even after both candidates answered her tax cut question.

You probably recognize her -- her name's Mary Follano, and she asked what the candidates' positions were on tax breaks, and how each prospective administration would make up for losses in government revenue, blah blah blah.

Mitt and Barack both gave stock responses -- feel free to argue, we don't care -- and 54-year-old Follano says she's no closer to a decision now than she was before last night's debate.

Follano tells us, "I see positive things in both their plans ... I look forward to the next debate."

As for her little slip-up -- when she blanked on part of her question -- Follano says she did her best to memorize, but she stumbled at the last second.

FYI -- Follano's a registered Republican who claims she voted for John McCain in 2008. In her words, "He's an American hero."