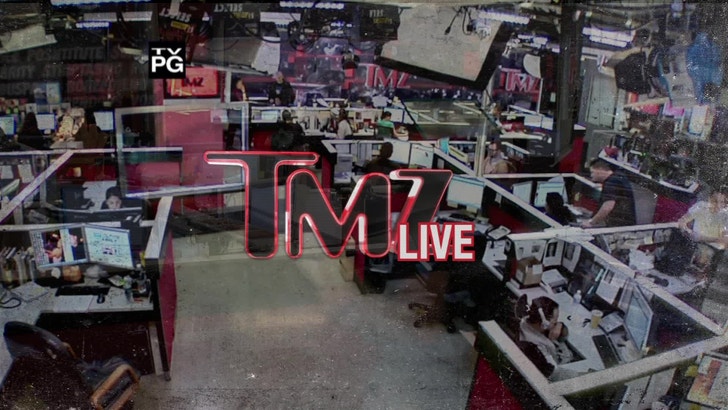 TMZ Live
First it was Robert Pattinson and Kristen Stewart -- and now Rupert Sanders and Liberty Ross have been spotted together ... rehabbing their marriage after his cheating scandal. Woulda thunk it 3 months ago -- a happy ending for both couples?

Plus, Arnold Schwarzenegger's ex-maid/baby mama Mildred Baena is spotted reading his new "tell-all" book -- and she's gotta be shocked by what's NOT on those pages.
Also, Richard Pryor's widow joins us -- and she's blasting Eddie Murphy! You have to see why Jennifer Pryor is comparing him to infamous blackface actor Al Jolson -- and declaring Murphy will NEVER play Richard in a movie.

(0:00) Rupert Sanders and Liberty Ross are trying to work things out after his cheating scandal with Kristin Stewart ... but judging by the photos we obtained of them hugging it out ... it looks like a LOT of love was lost.
(5:00) Mitt Romney's son says he wanted to smack President Obama for calling his dad a liar ... and Evan thinks it's refreshing to hear someone talk openly like that.
(10:00) Arnold Schwarzenegger skipped over 99% of his affair with Mildred Baena in his new book ... what happened to it being a tell-all? Plus, Mildred's shameless photo op with his book.
(15:30) Joe Jackson carries a concealed handgun in Nevada ... and it's totally legal!!!.
(18:00) Richard Pryor's widow rips Eddie Murphy -- saying she'd never want him to play the part of Richard ... and she joins the show to back it up ... and tell a few unknown stories about why she hates Eddie. You gotta hear this interview!
(25:10) This story is insane -- a famous restauranteur allegedly tried to sneak abortion drugs into his pregnant girlfriend's womb. Yeah.
(28:00) Britney Spears just a bought brand new mansion -- you gotta see the pics of this place!
(32:45) Nigel Lythgoe says he'd never fake a fight between Nicki Minaj and Mariah Carey for ratings ... well ... at least not five months before the show starts.
(35:30) Kobe Bryant and Vanessa ... they're back hanging out together for lunch -- we'll tell you why they're acting like an old couple.
(37:30) Back by popular demand -- Tim's best/worst pitches of the week!
(39:00) The floor is yours!