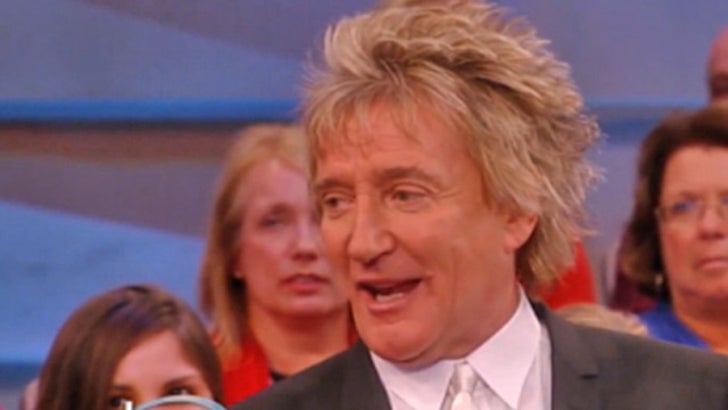 Rod Stewart says he doesn't have a taste for gay male sailors ... and NEVER had his stomach pumped after a wild night out with a bunch of sea men in San Diego ... despite the decades-old rumor.

Stewart opened up about the situation on Katie Couric's show -- when she asked him straight up if there was any truth to the X-rated story that's been circulating since the '80s.

Rod explained, "I used to have this guy work for me, he was a gay publicist ... I had to fire him because he did something terrible, which I won’t go into. He wanted revenge so he started this rumor about me, and it was horrible because my kids were at school. So that is definitely not true.”

He added, "I'm as heterosexual as they come."

Stewart goes into more detail about the story in his new book,"Rod: The Autobiography" -- in which he writes:

"I have never orally pleasured even a solitary sailor, let alone a ship's worth in one evening. And I have never had my stomach pumped, either of naval-issue semen or of any other kind of semen."