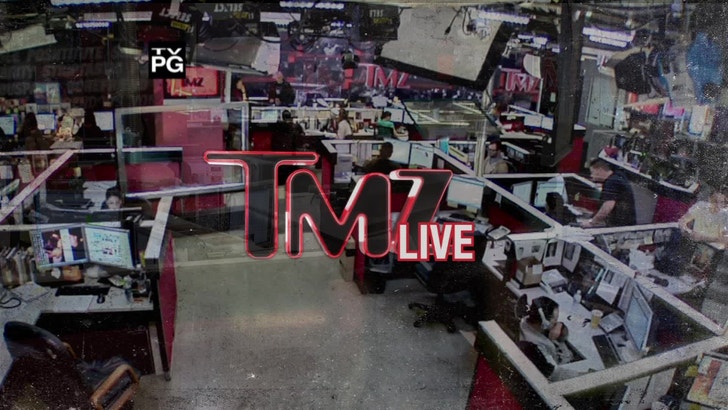 Lil Wayne definitely had a medical emergency on his private jet -- TWICE -- and he's definitely been hospitalized ... so, why the coverup? We broke the story ... and now we'll tell you why multiple people are saying Weezy suffered 2 seizures in the last 24 hours.
Plus, Britney Spears' ex-nanny calls in to blow up Sam Lutfi's meth accusations. Who was really taking drugs in Brit's house, and what kind? Leah Frand tells us what she saw ... and it's a lot different from Lutfi's version.
Also, former 'NSync member Chris Kirkpatrick joins us to answer the question everyone's asking -- why didn't Justin Timberlake invite his ex-bandmates to his wedding -- AND what's up with Chris' own engagement??

(0:00) - Lil Wayne has to make an emergency landing during a cross-country flight after suffering a seizure.
(6:39) - One of our cameramen gets up close and personal with President Obama-- and asks him a question that very well could decide the election.
(10:02) - Britney Spears' former nanny comes to the star's defense, calling radishes on Sam Lutfi's allegations of drug use.
(15:46) - Justin Timberlake apologizes for the video some insensitive friends made for his wedding.
18:27 - Surprise, surprise! Robert Pattinson & Kristen Stewart step out for a date as the final 'Twilight' movie nears.
(20:36) - Meat Loaf would do anything for love from Mitt Romney supporters... including butchering an American standard.
(23:48) - One former *NSYNC member was in Italy last weekend, but NOT for JT's wedding. Chris Kirkpatrick calls in with some exciting news!
(30:51) - 30 years after the original 'Conan,' Arnold Schwarzenegger is ready to reprise one of his most memorable roles.
(33:22) - TLC's new show 'Extreme Cheapskates' takes cutting back on expenses to a whole new level. YUM.
(39:07) - We take your calls!