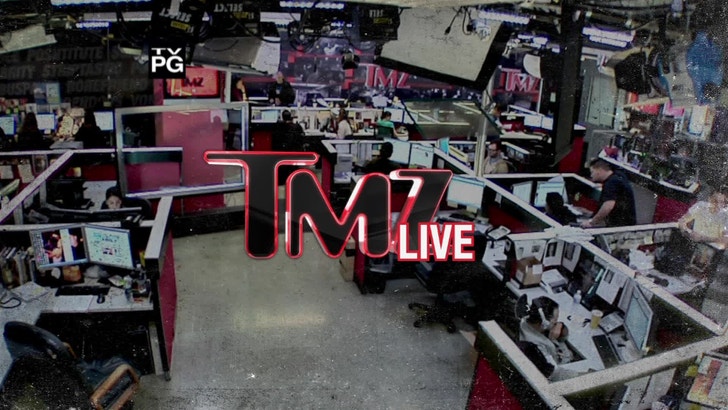 Khloe Kardashian's getting the shaft at 'X Factor' -- and if producers don't put our plan into place ... KK could go the way of Dunkelman, instead of Seacrest! That's what we think ... and you might agree after seeing our (over)dramatic re-creation.
Plus, Jon Stewart ripped NJ Gov. Chris Christie for flip-flopping on President Obama -- but turns out someone in our newsroom (hint: it's Slade) is even more pissed at the guv. Trust us ... it's a hell of fame rant.
Also, awesome radio host Bean, from "Kevin & Bean," is handing over one of his kidneys -- but not to a relative or his BFF ... and NOT for the reason you'd expect. He joined us to explain.

(0:00) Strange details emerge about what allegedly happened the night Cee Lo was accused of sexual battery. He allegedly admitted to slipping something in her drink ... but something doesn't make sense.
(7:30) Sam Lutfi's case against Britney Spears family was tossed out by the judge -- and we talked to Britney's dad Jamie Spears about decision.
(11:10) "X Factor" judges are screwing up Khloe Kardashian's chance at being a great host -- by forcing her to read a teleprompter.
(17:00) A lot of semi-naked dudes pile into the house where Michael Jackson died for a photoshoot.
(19:10) Gene "Bean" Baxter from the "Kevin & Bean" radio show in L.A. is doing one of the nicest things ever -- he's giving one of his kidneys to a co-worker. Visit organdonor.gov to do your part.
(25:40) Governor Chris Christie is ripped by John Stewart for suddenly siding with President Obama after the hurricane ... and Harvey thinks it way out of line...
(33:10) Breaking news -- Evan just found "one of the best lawsuits we've seen in years." And he's not lying ... this one involves pimps, whores, and a lawsuit.
(36:00) Selena Gomez is named Glamour's "Woman of the Year." Seriously???
(39:00) The floor is yours!