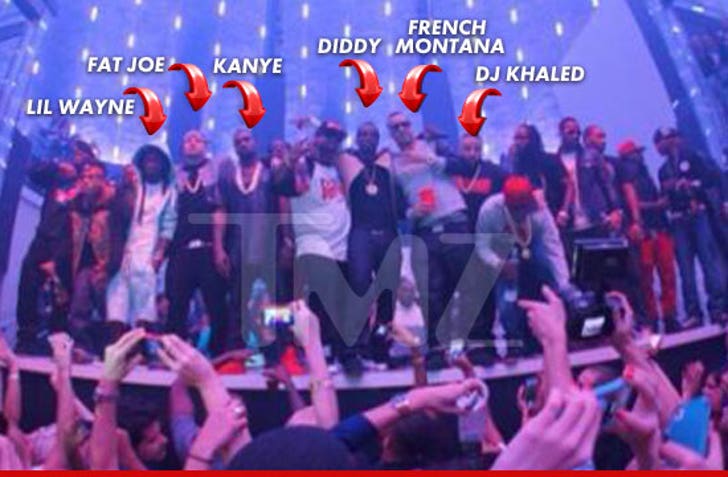 Lil Wayne returned to the Miami club scene last night ... with some of the most powerful people in the rap game ... including Diddy and Kanye West ... and TMZ has the pic.

It all went down at LIV nightclub inside the Fontainebleau Hotel ... where Weezy and Co. spent the end of their Thanksgiving weekend partying their faces off with the likes of Busta Rhymes, Fat Joe, DJ Khaled, Timbaland, Ace Hood and French Montana.

We're told the guys were all celebrating DJ Khaled's birthday.

Wonder who got him the nicest gift?