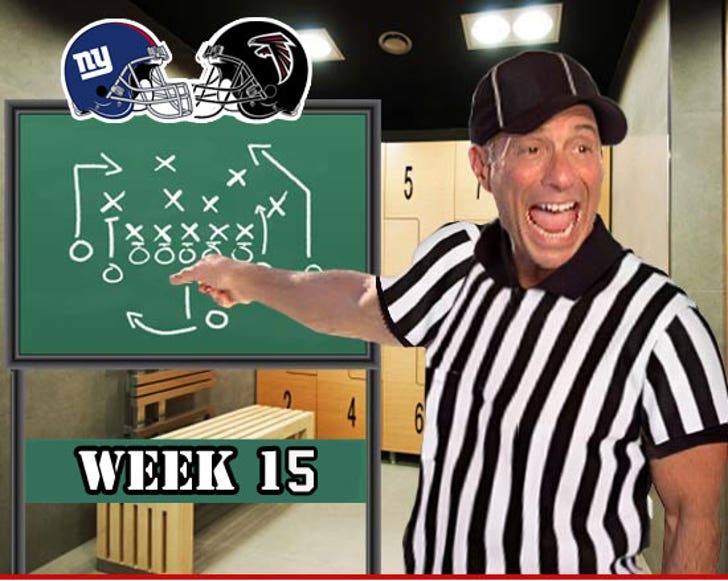 Harvey Levin (5-7) only has 3 weeks to salvage his humiliating season of NFL picks ... and while anything's possible, let's get serious ... he's effed.

Still, you gotta admire the effort ... so here's Harvey's pick for Week 15 -- Giants vs. Falcons.

Harvey Levin: "I'll admit I'm not big into football, but Eli Manning is MY BOY!"

"I rooted for him when he was mocked ... and I celebrated him when he zoomed past his brother in Super Bowl wins ... and that's why I'm picking the Giants."

"I'm not necessarily suggesting that people should listen to me since my performance has been abysmal this season ... but I would say anyone with lots of discretionary money doesn't have that much to lose."

"That being said, I still wouldn't bet a lot on me."