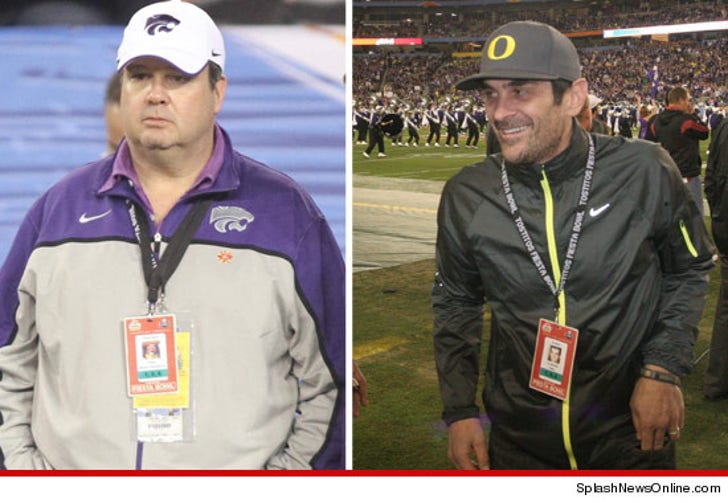 They play for opposite teams on television, and last night "Modern Family" stars Eric Stonestreet and Ty Burrell went head-to-head on the sidelines to root for their teams at the Tostitos Fiesta Bowl in AZ.

While Stonestreet was cheering for his alma mater Kansas State Wildcats, Burrell had the backs of his home state Oregon Ducks.

In the end, Burrell's Ducks won 35-17 ... and all without a warm, touchy-feely closing voice-over. 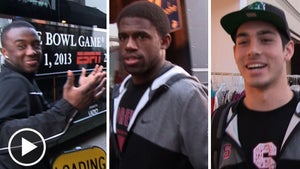 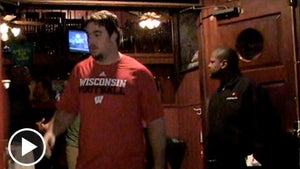 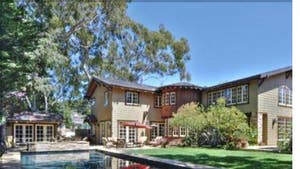