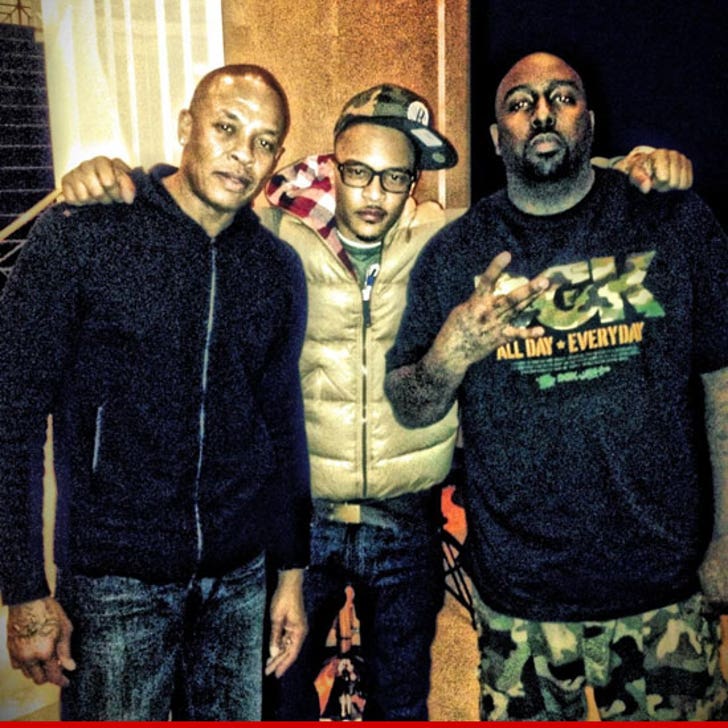 Got $75 million handy? If so, you can sign T.I. to your label ... the hip hop star just became the number-one free agent in rap -- and despite the steep price tag he's putting out ... some deep pockets are already lining up.

Sources close to T.I. tell TMZ ... he's already met with some of the industry's biggest names ... including Dr. Dre, who asked him to join Interscope over dinner at Katana recently (see picture) ... and Jay-Z, who wants T.I. in the RocNation family.

We're told Sony's put a $50 million deal on the table so far ... and Universal's meeting with him later this week to make an offer too.

All in all, not a bad group to have knocking at your door ... 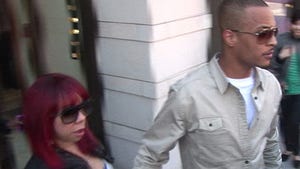 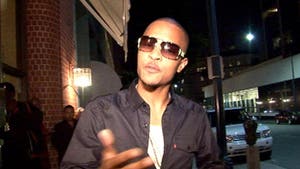 T.I. -- DESTROYING It On Probation 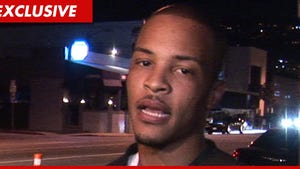