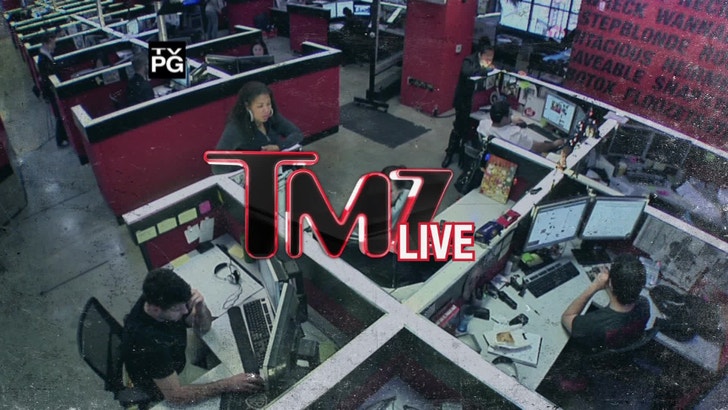 Lindsay Lohan retained her title as queen of courtroom drama ... by nearly missing it altogether, taking a verbal jab from the judge -- and then her new attorney tried to suck up to her honor! So, is LiLo in trouble after dumping Shawn Holley?
Plus, San Francisco 49ers cornerback Chris Culliver goes on a homophobic rant -- which is stupid on at least three levels (not the least of which is he plays in SAN FRANCISCO). Will he get cut from the Super Bowl? Should he?
And, that new Volkswagen commercial with a white dude speaking Jamaican is deemed racist -- but our resident Jamaican, Charles, explains why the allegations are a load of bull. Mon!

(0:00) Lindsay Lohan barely made it to her court hearing today -- we'll tell you all about her insane journey from NYC to LA ... and the comical court hearing that followed.
(10:00) Ronaiah Tuiasosopo basically admits that he's gay to Dr. Phil -- and we have details about why he's been so conflicted about the issue for so long.
(14:00) Rihanna finally opens up about taking Chris Brown back -- and says if the same violence happens again ... it's her fault for chancing it.
(18:00) This is shocking -- San Francisco 49ers cornerback Chris Culliver unleashes a barrage of homophobic remarks.
(21:00) Jason London's face is a mangled mess -- we have photos of the full aftermath of his fight.
(24:00) Harvey is all fired up about Chris Culliver's homophobic comments -- which were especially stupid to make by someone who plays football in San Francisco.
(31:00) Chris Brown still hasn't talked to the police about this fight with Frank Ocean -- and there's a lot of finger pointing going on in his camp about why.
(34:00) A new VW commercial featuring a white guy using a Jamaican accent has been deemed racist by a few people ... Charles explains why it's a waste of the race card.
(36:00) The floor is yours!
(41:00) Snooki gives birth ... and it's a horrible sight to see. So let's see it!