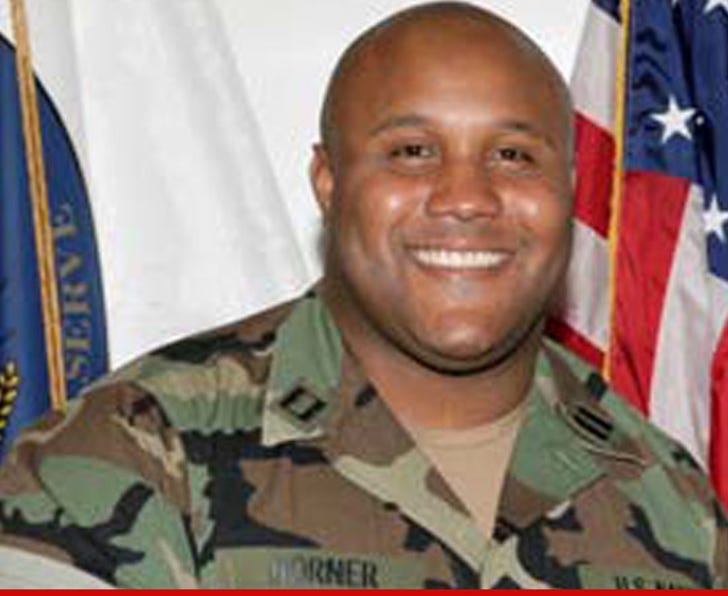 Ex-LAPD officer Christopher Dorner -- the accused killer at the center of a citywide manhunt -- posted a rambling message to various celebrities ... including Tim Tebow ... before embarking on his murderous rampage.

The message is part of an "uncensored manifesto" that law enforcement confirms to TMZ was posted to the Internet by Dorner. Besides various threats to police officers and their families ... Dorner --who's now accused of killing 3 people including a cop -- also blogs goodbye messages to his favorite stars, as if he's planning on dying.

His message to Tim Tebow reads:

Tebow, I really wanted to see you take charge of an offense again and the game. You are not a good QB by todays standards, but you are a great football player who knows how to lead a team and WIN. You will be “Tebowing” when you reach your next team. I have faith in you. Get out of that circus they call the Jets and away from the reality TV star, Rex Ryan, and Mark Rapist Sanchez.

Christopher Walz, you impressed me in Inglorious Basterds. After viewing Django Unchained, I was sold. I have come to the conclusion that you are well on your way to becoming one of the greats if not already and show glimpses of Daniel Day Lewis and Morgan Freeman-esque type qualities of greatness. Trust me when I say that you will be one of the greatest ever.

Anthony Bourdain, you’re a modern renaissance man who epitomizes the saying “too cool for school”.

Ellen Degeneres, continue your excellent contribution to entertaining America and bringing the human factor to entertainment. You changed the perception of your gay community and how we as Americans view the LGBT community. I congratulate you on your success and opening my eyes as a young adult, and my generation to the fact that you are know different from us other than who you choose to love. Oh, and you Prop 8 supporters, why the f*ck do you care who your neighbor marries. Hypocritical pieces of sh*t.

He continues with the following messages ...

Jeffrey Toobin and David Gergen, you are political geniuses and modern scholars. Hopefully Toobin is nominated for the Supreme Court and implements some damn common sense and reasoning instead of partisan bickering. But in true Toobin fashion, we all know he would not accept the nomination.

John and Ken from KFI, never mute your facts and personal opinions. You are one of the few media personalities who speak the truth, even when the truth is not popular. I will miss listening to your discussions.

Dorner also trashed some of his least favorite people, including Cardinal Mahony and the Westboro Baptist Church:

Cardinal Mahoney, you are in essence a predator yourself as you enabled your subordinates to molest multiple children in the church over many decades. May you die a long and slow painful death.

Westboro Baptist Church, may you all burn slowly in a fire, not from smoke inhalation, but from the flames and only the flames.