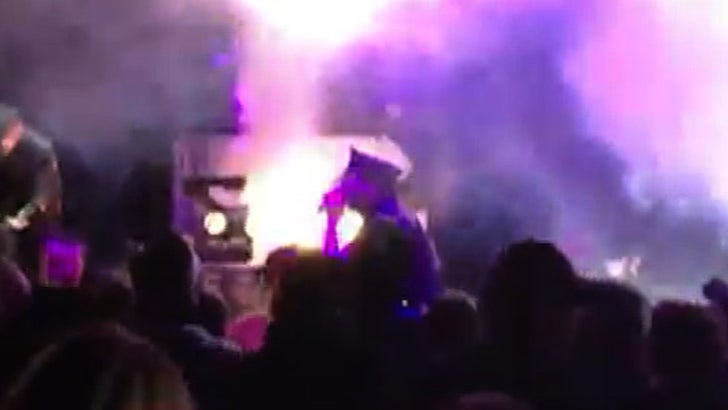 Scary moment ... well, scarier moment ... during a Marilyn Manson concert in Canada last night when the rocker collapsed on stage during a live concert.

Manson was midway through his hit "Beautiful People" in Saskatoon when he stopped singing, turned to the side ... and keeled over on the stage (scroll to 1:13).

Concertgoers were confused at first ... as the band kept playing ... but soon realized it wasn't a joke when a couple of stagehands rushed in and began to tend to the singer.

There are reports that Manson vomited on the stage ... but it's unclear from the footage.

Manson was eventually helped off the stage. We've got calls in to his people to find out his condition. 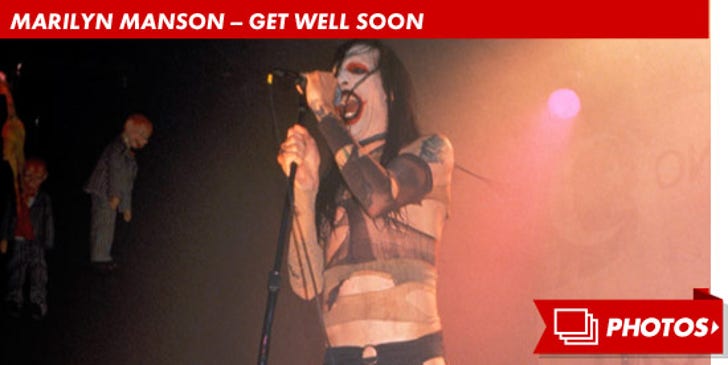 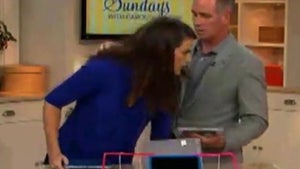