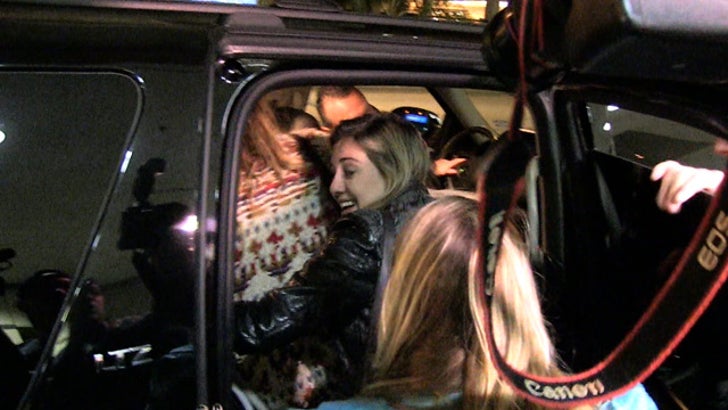 10:40 A.M. PST: Selena's rep just told TMZ ... Selena let the fans in her SUV because they wanted to get her autograph and possibly a few pics and the scene was too chaotic curbside. The rep says the fans got out of the SUV 2 terminals down.

Selena Gomez pulled an incredibly DANGEROUS move at LAX yesterday, appearing to let 3 random fans into her private SUV ... but it seems the whole thing was a stupid set up.

The girls claimed to be die-hard Selena fans from Brazil who were hoping to meet the singer outside Selena's airport terminal.

Selena initially blows past the girls and gets into her waiting car ... while the girls continue to yell at Gomez, pleading for a moment of her time.

Eventually, Gomez cracks the window and motions for the girls to come over -- they race over to the car, fling the door open, and quickly barrel into the vehicle.

Selena's security guard rushes in to pull 'em out -- as if she's in harm's way -- but Selena waves him off ... and he stands down. The car eventually drives off with all of the girls inside.

So, what's the message here Selena? If fans track you down at the airport and swarm your car, you'll let them inside? You REALLY wanna encourage obsessed fans to impede your personal space in the hopes they can get some private time?

For the record, Selena's received death threats on multiple occasions from multiple people -- one of whom is a mentally unstable man who was arrested for stalking the actress. 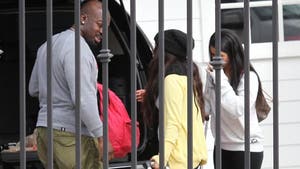 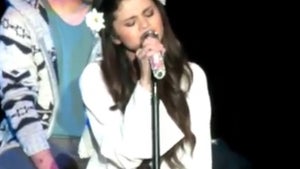 Selena Gomez to Justin Bieber -- Cry YOU a River? Cry ME a River!