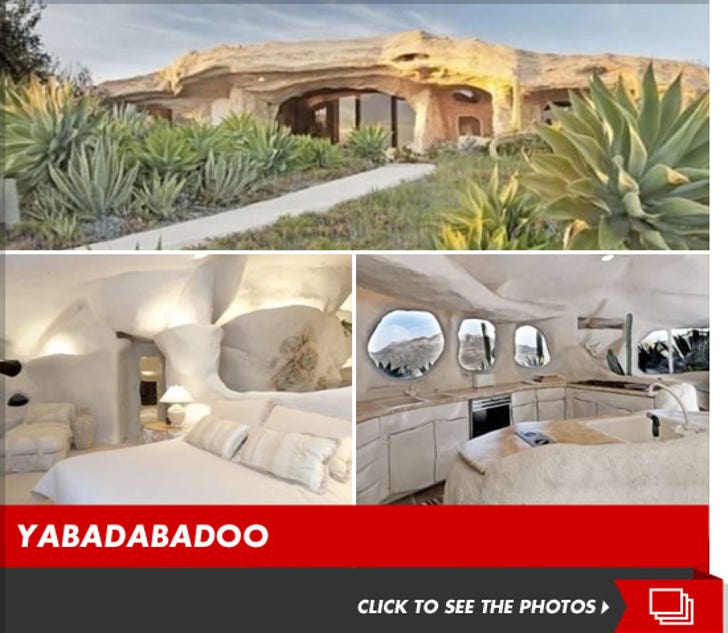 Dick Clark's Flintstones-themed house in Malibu is apparently an unsellable freak of architecture -- because after nearly a year on the market ... no one's bought it ... and now, the asking price has been heavily discounted.

The house was originally listed last March -- a month before Dick passed away -- for $3.5 million. It's remained unsold ever since, and now the price has been dropped by $250,000 ... to $3.25 million, this according to our friends at Curbed LA.

The home -- currently owned by Dick Clark's estate -- isn't a bad deal ... even if you hate the house itself ... because it sits on 23 acres of prime Malibu real estate with a 360-degree view of the Pacific Ocean, Channel Islands, Boney Mountains, and Serrano Valley.