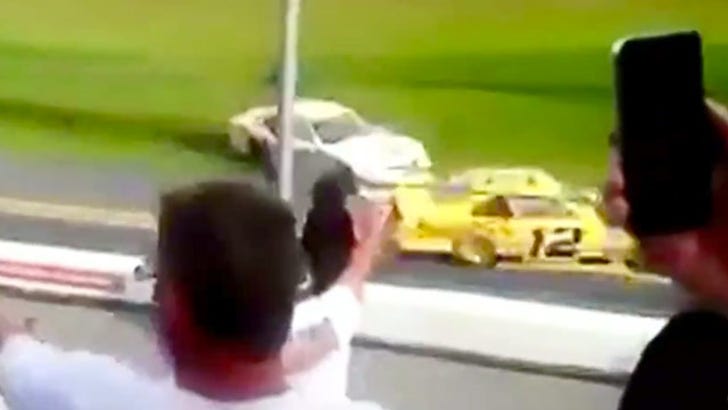 A multicar crash on the final lap of the Nationwide Series race Saturday at Daytona International Speedway injured 28 fans, including one who suffered life-threatening head trauma.

At least one tire flew into the crowd at Daytona International Speedway ... where 14 of the injured were treated on site and the other 14 were transferred off-site.

A representative from nearby Halifax Medical Center told ESPN that one adult underwent surgery for life-threatening head trauma, and a 14-year-old is in critical, but not life-threatening condition.

Kyle Larson, the driver of the car that was torn to pieces, was not injured.

The Daytona 500, the first and biggest event of the racing season, takes place at the same track tomorrow.