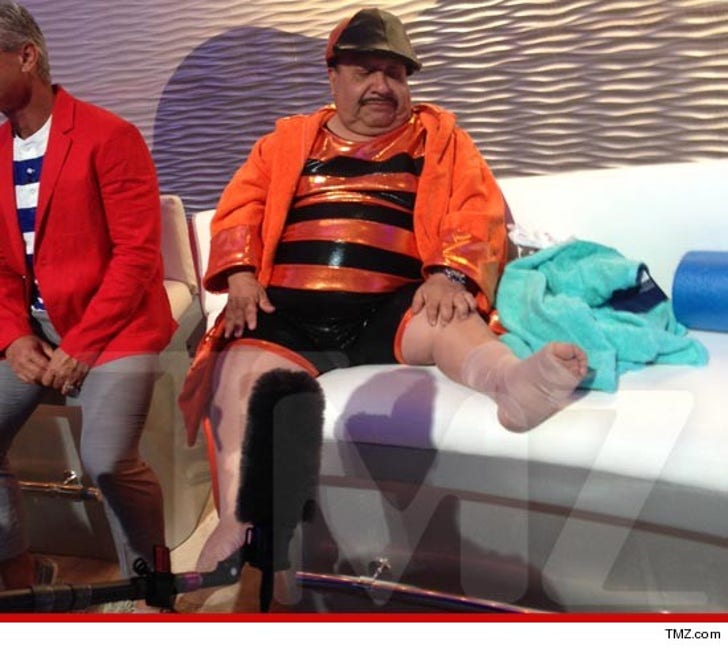 UPDATE: We're told Chuy's replacement is soccer star Brandi Chastain -- the chick who ripped off her jersey and flashed her sports bra when the U.S. won the 1999 World Cup ... which was cool.

When you're Chuy from "Chelsea Lately" ... every foot counts, and we've learned after breaking one, he was forced to drop out of the ABC diving show, "Splash."

Sources connected with the show tell TMZ ... the diminutive sidekick did not know how to dive or even swim when he signed on. Greg Louganis -- a celebrity diving coach on the show -- taught him the ropes, and we're told he was actually good enough to compete.

But fate was not good to Chuy. On Monday, during the very first taping, Chuy jumped up on a table in the lounge area near the pool ... and the table broke. Chuy fell through the table to the ground and fractured his heel bone. 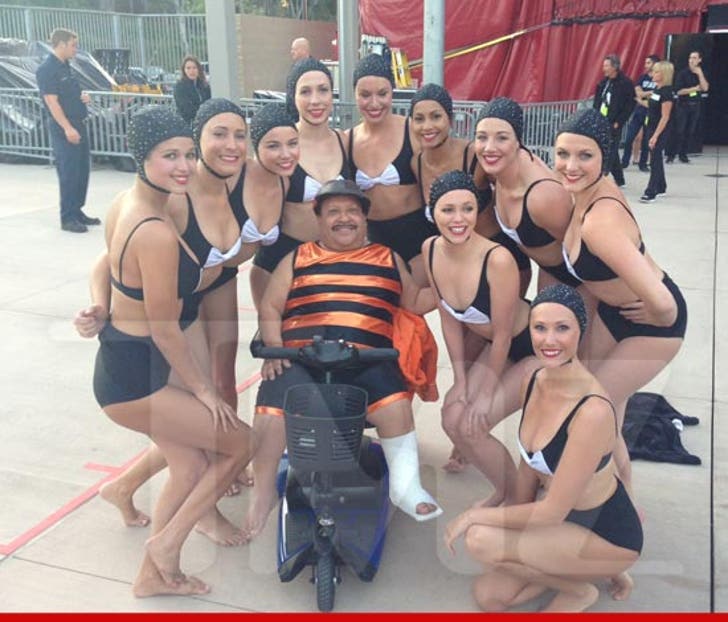 Chuy was treated by EMTs, and a series of X-rays revealed the fracture was such that he could not put any weight on his foot, so he couldn't dive off the board.

That was pretty much a buzzkill, so Chuy bid adieu-ee to "Splash."