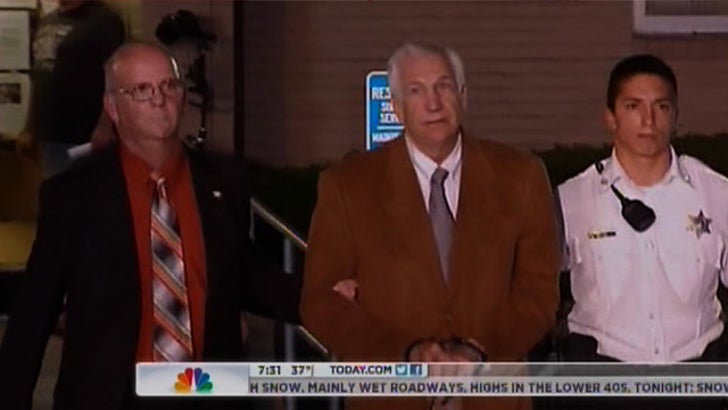 Jerry Sandusky is scoffing at Mike McQueary -- the man critical in bringing him down -- claiming it's absurd McQueary could have concluded he heard sounds of sex and rape in the locker room.

Sandusky, who was audiotaped for a documentary said, "I don’t understand how anybody would have walked into that locker room, from where he was, and heard sounds, and associated that was sex going on."

John Ziegler, the man who interviewed Sandusky, is making a documentary called "Framing Paterno" in an effort to clear the name of legendary Penn State coach Joe Paterno.