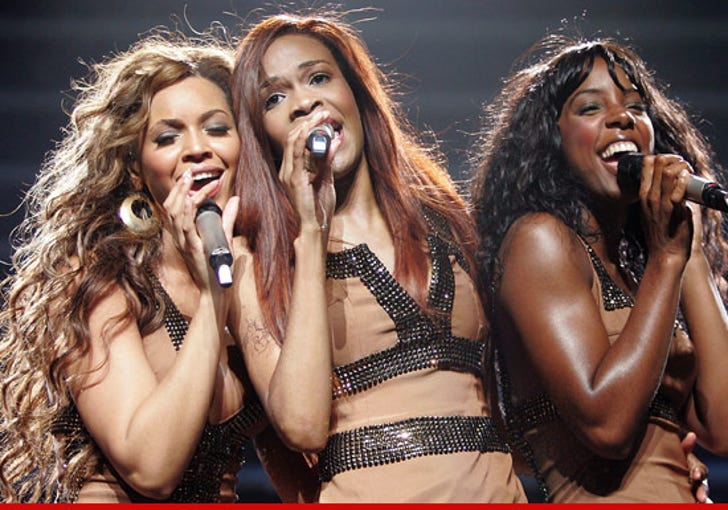 The girls from Destiny’s Child have re-joined forces … to sing together … but it ain’t exactly a reunion … this according to Kelly Rowland.

Rowland told Billboard Magazine … Beyonce and Michelle Williams both sang a little bit on a track for Kelly’s upcoming solo album, but Rowland is adamant it’s NOT like old times.

“It's not a Destiny's Child track … It's me featuring Beyonce and Michelle," she explained.

D.C. fans have been hoping for a reunion ever since the gals performed at the Super Bowl, back in Feb … the first time they’ve been on stage together since 2006.

Even though the Rowland project isn’t an official reunion, seems like it’s only a matter of time ... hopefully.