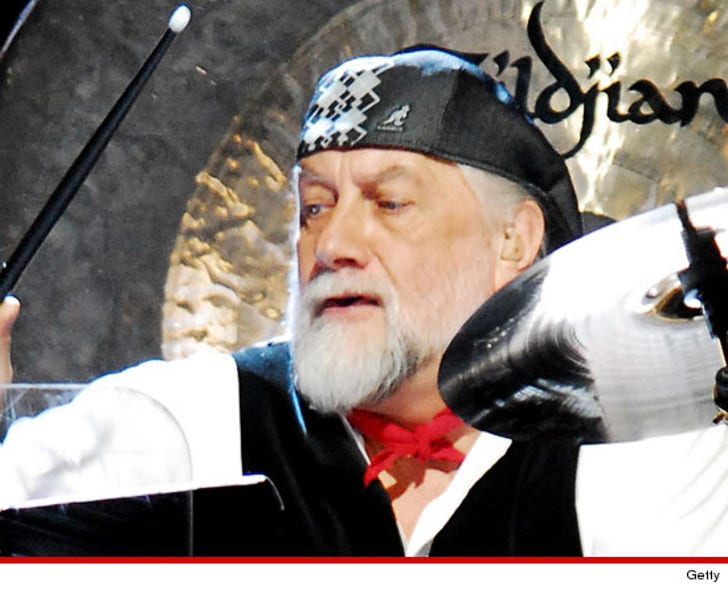 Mick Fleetwood -- the founder and drummer of Fleetwood Mac -- just filed for legal separation from his third wife.

Mick -- whose sexual escapades with Stevie Nicks are legendary -- married Lynn Susan Frankel Fleetwood in 1995. They have twin daughters, who are now 11.

Mick cites irreconcilable differences and wants joint legal custody of the kids but wants Lynn to have primary physical custody.

Now here's a big deal ... Mick claims all of his premarital musical royalties and memorabilia are his property -- which makes sense.

He has NOT filed for divorce -- at least not yet, but it looks like he's never going back again.