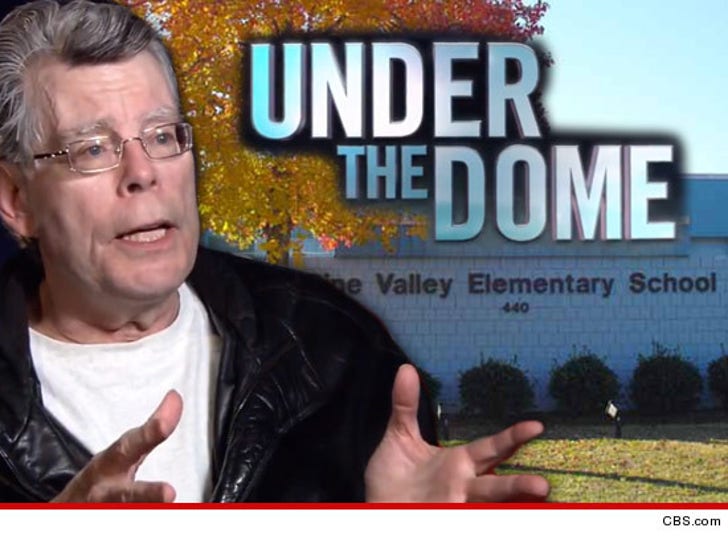 Stephen King's knack for terror crossed the line this week into reality ... when his TV adaptation of a fictitious gunfight sent terrified young students scrambling for cover.

CBS is calling lights, camera, action on "Under the Dome" -- a sci-fi horror show based on King's novel about a town that gets trapped under an invisible force field.

The script called for a gunfight with all the sights and sounds. Problem is, the midday Tuesday shoot was filmed in a park just a few hundred yards from the Pine Valley Elementary School in Wilmington, N.C. ... and it sent everyone there into a blind panic.

Students on the playground after lunch got the worst of it ... and hotfooted it inside the building. It seemed so real ... a deputy on duty at the school put students in lockdown for 20 minutes until the source of the "gunfire" became apparent.

Although producers had obtained the proper permits to shoot the scene, we've learned cops and school officials were not warned about the midday Tuesday barrage.

And how ridiculous to film a shooting scene next to an elementary school?