Reports of a person of interest in custody were premature, and police now say they have no suspects ... one of the victims who died was an 8-year-old ... and authorities have upped the number of injured to 130 or more.

3:35 PM PT --
President Obama addressed the attacks, saying: "We still do not know who did this or why ... but make no mistake: We will get to the bottom of (this). ... Any responsible groups will feel the full weight of justice."

2:47 PM PT -- Police are reportedly guarding a possible suspect in the hospital, where he's being treated for injuries. CBS says surveillance tape shows a man carrying backpacks into the area about 20 minutes before the blasts.

2:10 PM PT -- The number of injured has climbed into the 60s, according to several reports.

2:05 PM PT -- Authorities are scrambling ... security has been stepped up at the White House and in Times Square ... the FAA has established a no-fly zone over the scene ...

1:43 PM PT -- Reuters now saying that a fire at the JFK Library, a ways from the marathon finish line, is unrelated.

1:08 PM PT -- Police say at least two are dead and 23 are injured. The AP is reporting that two additional explosive devices have been found.

12:59 PM PT -- Boston Marathon officials are now calling them bombs. There are reports of police responding to additional undetonated devices in the area, but nothing's confirmed. The BPD has called in all off-duty officers.

Terrible news ... a pair of explosions rocked the finish line of the Boston Marathon this afternoon ... and the injuries are gruesome.

It's total chaos right now ... the photos going around don't look good. It's still not clear who's responsible. 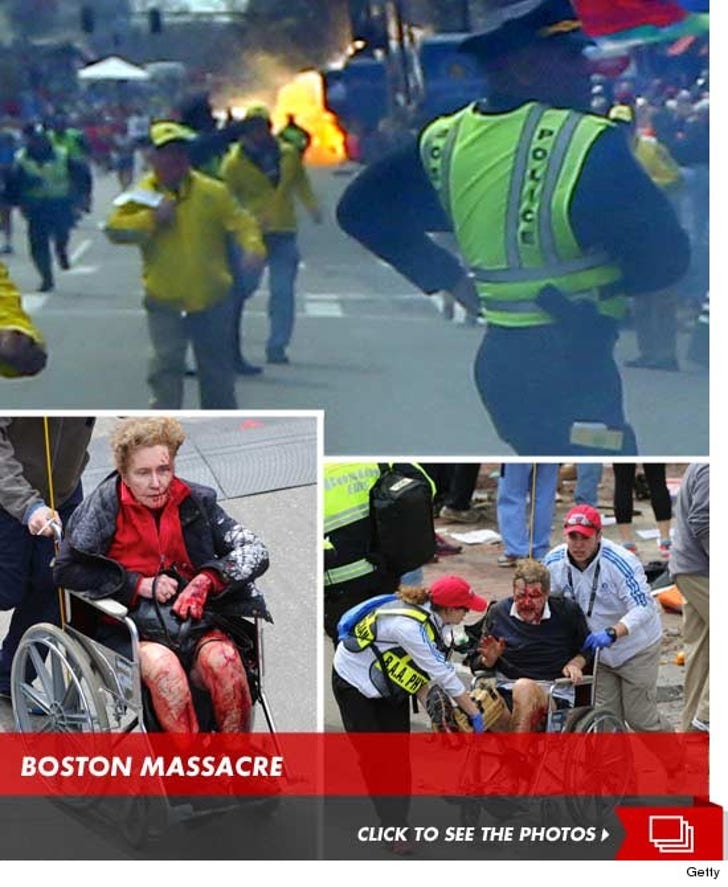 Olympic swimmer Summer Sanders just tweeted, "Can anyone tell us what happen near the marathon? Felt two BIG booms that shook our hotel and saw smoke on Boylston." Twitter is on fire ... read other celeb reactions here. 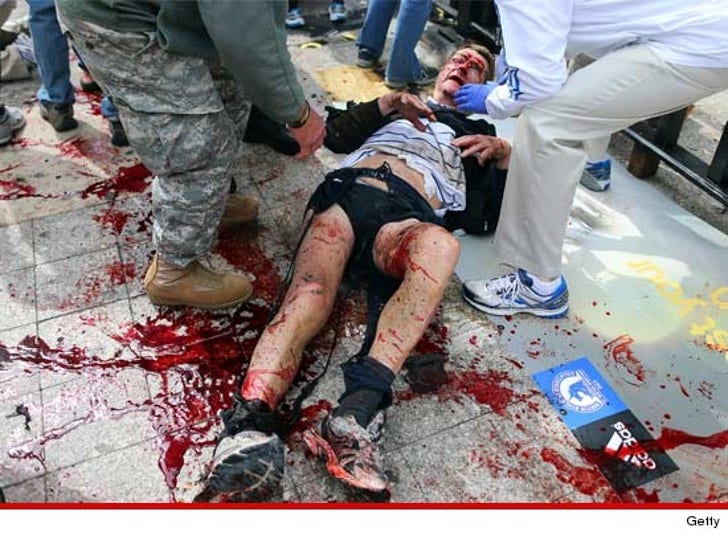 New Kids on the Block member and Boston native Joey McIntyre was running in the race and just tweeted that he crossed the finish line just ahead of the dual blasts. "There was an explosion by the finish line about 5 minutes after I finished- I'm ok but I'm sure there are many hurt," he tweeted. 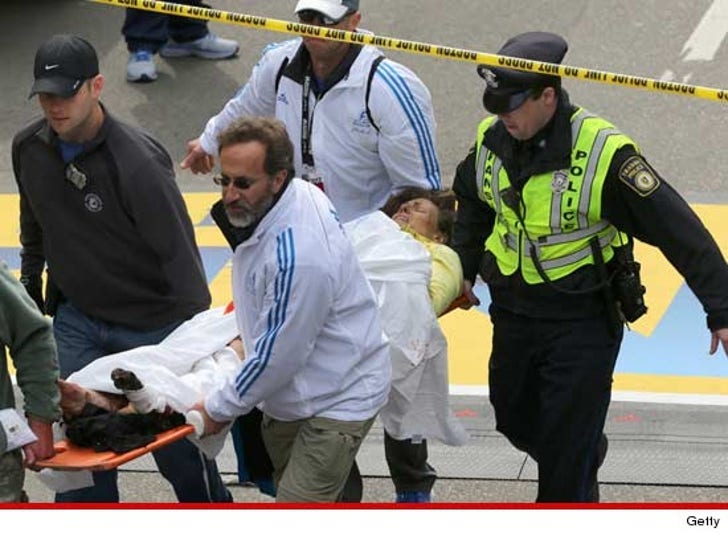