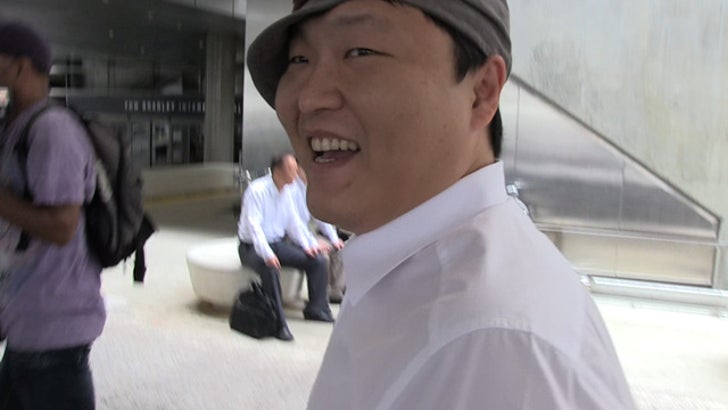 Kudos to Psy ... for helping us solve one of the greatest South Korean mysteries of all time -- and it involves this photo of an actual statue in a kids' playground in Seoul ... 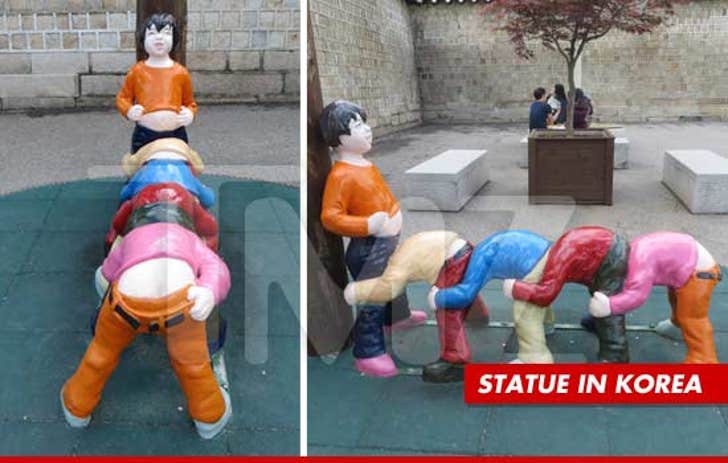 We were ... until Mr. Gangnam Style broke it down for us, explaining it's a children's game called Malttukbakgi (yes, we had to look up the spelling).

Psy also tells us a little more about the game's history -- but what he doesn't explain is why the kids have ... THEIR HEADS UP EACH OTHER'S ASSES!!!

We looked it up, and basically the game involves two teams -- one team has a kid standing "up against the wall and the rest of the team have all their heads up in someone else’s butt/crotch area to form what looks like a big ol’ horse."

The other team then jumps on top of the "horse."