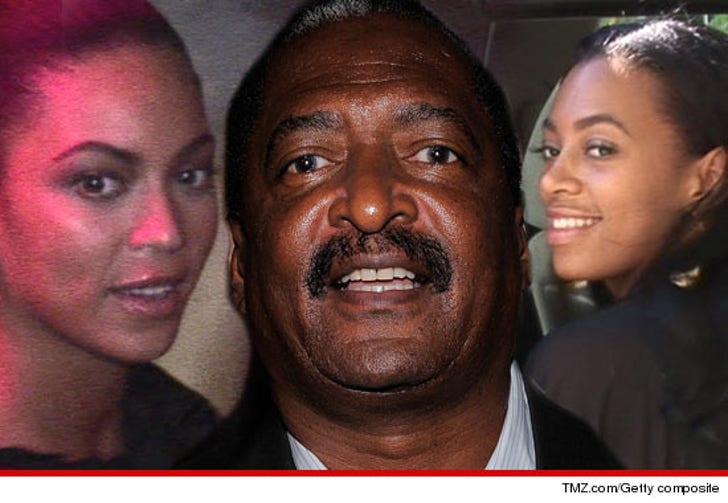 Mathew Knowles got hitched last Sunday, but TMZ has learned neither of his daughters ... Beyonce nor Solange ... was in attendance for the big day.

Knowles tied the knot to Gena Avery in Houston, TX following a year and a half engagement.

But the newly-hitched Knowles tells TMZ his famous kids couldn't make it to the ceremony, saying, "Unfortunately, Beyonce and Solange had previous engagements which made it impossible for them to attend."

Mathew officially divorced Tina Knowles back in 2011, though Tina originally filed in 2009.