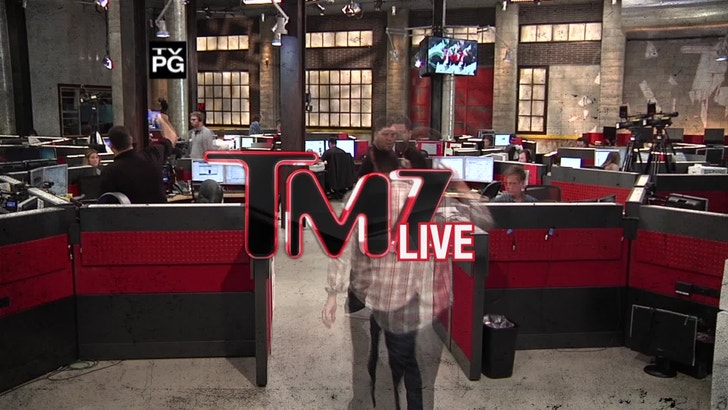 Kanye West went off on our camera guy ... grabbing the lens and launching into a tirade that proves "Yeezus" thinks he can revoke everyone's freedom of speech!
Plus, Justin Bieber is defying his team -- refusing to kick his trouble-making friends out of his house ... even after Lil Twist's DUI arrest while driving Justin's car! Is he right to stand by his pals ... no matter what?
And, "Sharknado" is officially the best worst SYFY Channel movie ever! We talk to the stars -- Ian Ziering and Tara Reid -- about how this became an overnight phenomenon ... and the chance of a sequel.

(0:00) Kanye West physically attacks one of our camera guys at LAX -- when will he learn he can't treat people this way? Harvey calls in from his vacation to sound off.
(10:00) Justin Bieber won't turn his back on Lil Twist and Lil Za ... and we'll tell you why.
(14:00) The "Big Brother" race war heats up -- which of the African American house guests dealt with it the right way?
(18:00) "Sharknado" stars Ian Zerring and Tara Reid join us!
(24:00) Michael Jackson's former doctor describes in alarming detail the state of his drug addiction in the early 90s.
(29:00) Chris Brown finally cracks ... and paints over his home graffiti.
(32:00) Demi Moore's weird tantric meditation trip -- we talk to a yoga master to see if it was a legit excursion.
(36:00) The floor is yours!
(41:00) NBA star Martell Webster thinks his kid's art sucks! This is hilarious.