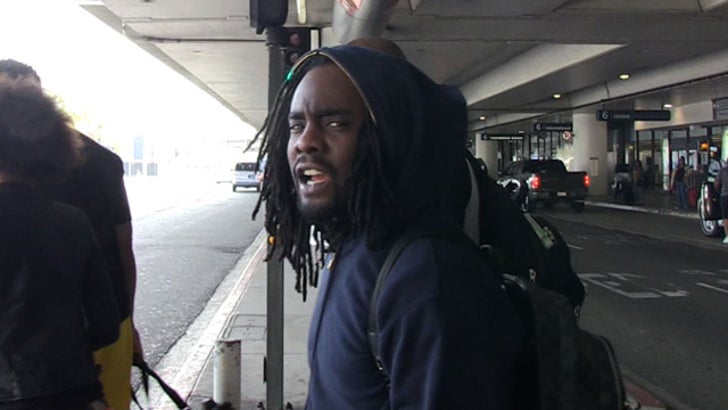 Wale isn't trippin one bit over Kendrick Lamar's new lyrics of mass destruction -- despite being personally called out in KL's rhymes -- telling TMZ, he'd be offended if Kendrick DIDN'T threaten his ass.

Quick reminder: Kendrick put the entire rap world on notice Tuesday, dropping an explosive verse in Big Sean's new track "Control," in which he targeted Wale and a bunch of other MCs:

I'm usually homeboys with the same n****s I'm rhymin' wit
But this is hip-hop and them n****s should know what time it is
And that goes for Jermaine Cole, Big KRIT, Wale
Pusha T, Meek Mill, A$AP Rocky, Drake
Big Sean, Jay Electron', Tyler, Mac Miller
I got love for you all but I'm tryna murder you n****s

Wale was out at LAX Wednesday when we asked about the backhanded shoutout, and he told us, "I'd've been offended if my name wasn't in that sh*t."

As for the best rapper on the planet ... Wale still thinks it's himself. Check the clip.