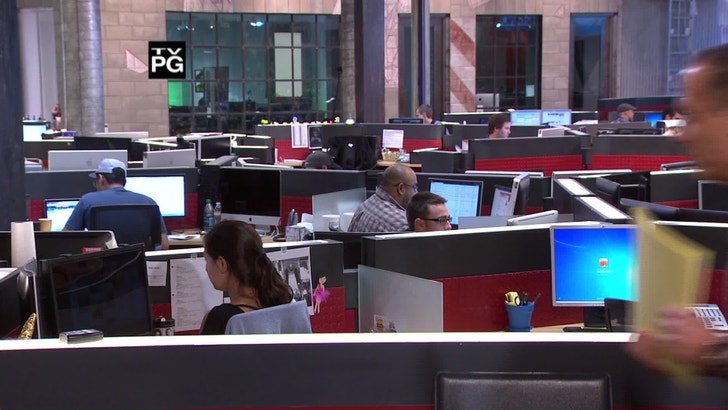 Chris Brown has a severe case of amnesia ... because he unleashed a rant on the L.A. County D.A.'s office ... accusing them of being racist. Really? The same prosecutors who agreed to lenient deals that kept Brown out of jail for beating Rihanna??!!!
Plus, Kanye West unveils the first pic of baby North West on Kris Jenner's show -- and while she's really cute -- why did papa Yeezy look so uncomfortable?? Did someone force him to open up to his almost momster-in-law?
And, Ben Affleck will be the next Batman -- unless the Internet gets its way. Why are fans already circulating petitions to get him 86'd? Before you sign, hear why Harv thinks Ben's a great fit for the cape.

(0:00) Chris Brown ordered to do 1,000 hours of additional community service. His response: calling the DA racist.
(5:00) George Zimmerman goes gun shopping -- bad idea?
(10:00) Baby North revealed -- Kanye goes onto Kris Jenner's show to talk babies and Kim K.
(15:00) Ben Affleck named new Batman -- will this be another mistake like Gigli?
(18:00) A bachelor funeral -- Neil Strauss skypes in to tell us how he will say goodbye to his single life.(24:00) Another Conrad Murray voicemail -- he says AEG had nothing to do with his treatment of Michael Jackson.
(29:00) Robert Pattinson talks Twilight -- it's not a good day to be a Twihard.
(32:00) "Moesha" star, Marcus T. Paulk released from jail after allegedly kicking his girlfriend in the stomach.
(34:00) Celine Dion sells her giant home, water park included.
(36:00) The floor is yours!
(41:00) Honey Boo Boo attends her first drag show.